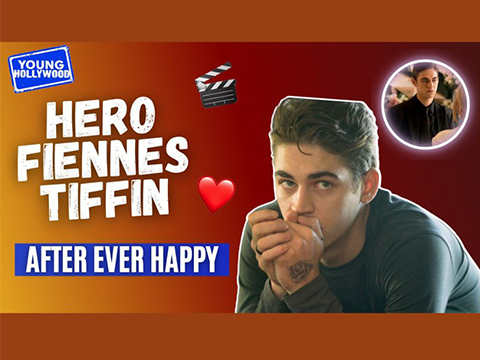 At this point, it's a yearly tradition! Since 2019, romance-drama fans have been enthralled year after year by the intense 'After' movie series, based on the popular Anna Todd book series. Now, the fourth movie, 'After Ever Happy', based on the fourth book of the same name, has made its way into theatres and into our hearts, so it only felt natural that we at Young Hollywood should once more hit up our guy, Hardin himself, Hero Fiennes Tiffin, to get the scoop! Via Zoom, Hero discusses the movie and his reaction to the twist for his character, and what scene from the movie he'd like to see go viral. He also reveals which of the movies has been his favorite to film (so far), the impact he hopes the movies will have years from now, and what sort of different role he'd love to take on with his co-star Josephine Langford in the future!