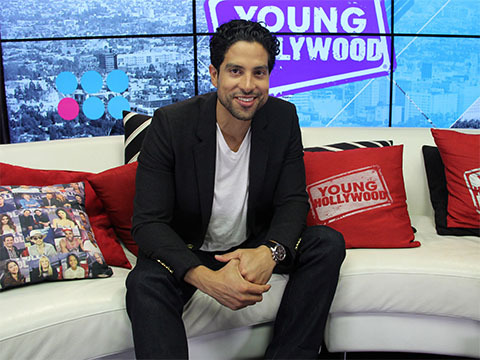 Adam Rodriguez on Immersing Himself Into Penny Dreadful: City of Angels

Actor Adam Rodriguez already has an incredibly impressive resume that boasts film and television hits such as "Criminal Minds", 'Magic Mike', and "CSI: Miami", but he's still got plenty of tricks up his sleeve and stories to tell! Young Hollywood catches up with the seasoned actor via Zoom to chat about his latest endeavor, Showtime's much-anticipated "Penny Dreadful" spinoff, "Penny Dreadful: City of Angels"! Taking place in Los Angeles during the 1930s, the new series brings its signature mystery to a new era, and Adam went all in on his character, Raul Vega, fully immersing himself both in the role and in the setting! He reveals how this role is his favorite one yet and the one he feels the most connection to -- plus, the mustache was his idea! He also talks about how he's struggled to keep spoilers from his wife and tells us about all the other exciting projects he has in the works!