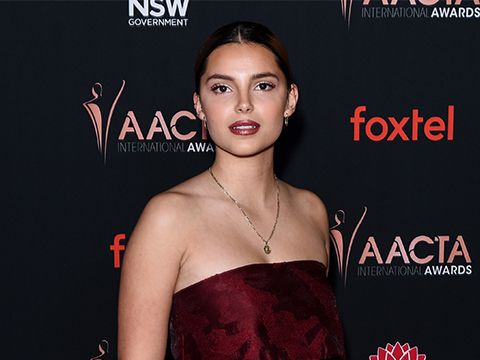 The fourth and final season of Netflix's teen drama "13 Reasons Why" introduced viewers to Monty de la Cruz's grieving sister, Estela, forced to carry on the legacy of her troubled brother. Bringing this role to life is newcomer and definite one-to-watch, Inde Navarrette, who joins Young Hollywood via Zoom to tell us all about her unique experience jumping into the well-established show right at the end! She recalls her audition process with us and how social media quickly took a shine to her, with fan pages dedicated to her popping up almost immediately after the new season premiered! She also teases her next big role -- in The CW's upcoming Arrowverse spinoff "Superman and Lois" -- plus she plays a Game of Firsts, revealing the first person she texted when "13RW" came out and the first time she blanked on a line during filming!