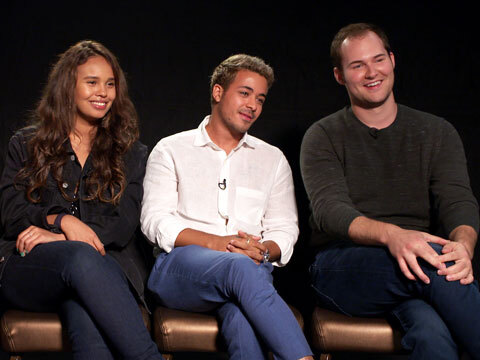 13 Reasons Why Cast Dishes on Season 3 and Selena Gomez

Netflix is shaking things up for Season 3 of its hit yet controversial drama series "13 Reasons Why", finally letting Hannah Baker rest in peace and stirring up an all new mystery: the murder of her (and others') tormentor, Bryce Walker! Young Hollywood sits down with four of the stars of the series, including Bryce himself, Justin Prentice, as well as Timothy Granaderos (Monty), Alisha Boe (Jessica), and Christian Navarro (Tony), to get their thoughts on the new season, and the verdict seems to be unanimous -- it's Shocking! They share their intial reactions to finding out the storyline for Season 3, plus they tease what we can expect from each of their characters and reveal whether or not there have been any on-set sightings of executive producer Selena Gomez!