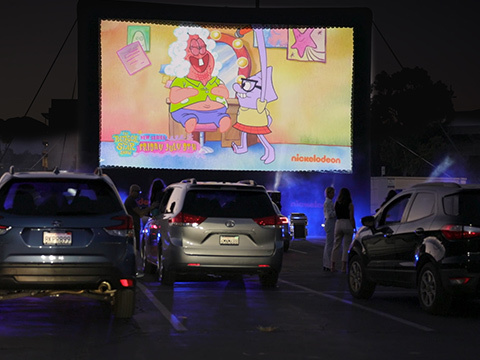 Big things are happening at Nickelodeon Animation Studios, both in the sky and under the sea! This Summer, the network premieres two new animated series, one a spinoff of the hugely popular, long-running "SpongeBob SquarePants" and the other their first original show in five years! Fans and castmembers alike got to enjoy a special drive-in screening of the new shows, "The Patrick Star Show" and "Middlemost Post" and see the talented folks behind the voices up close. Given Nick's track record, we at Young Hollywood just know these two shows are going to be the next big hits for the network!