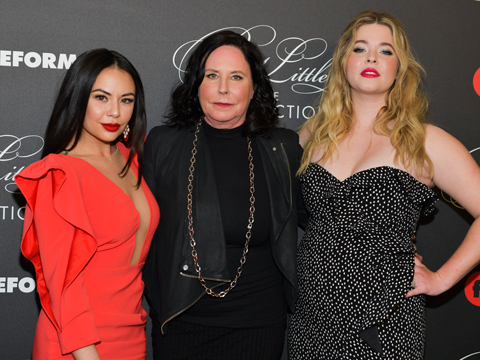 Young Hollywood is at the star-studded premiere of Freeform's highly-anticipated spin-off of their hit series "Pretty Little Liars", "The Perfectionists", where we catch up with the actors including returning fan-fave, Mona Vanderwaal herself, Janel Parrish, as well as Sofia Carson, Garrett Wareing, Kelly Rutherford, Hayley Erin, Chris Mason, Graeme Thomas King, Sydney Park, Evan Bittencourt, Eli Brown, Klea Scott, and creator I. Marlene King! Find out their secrets and hidden talents and how they would describe the new show in 3 words!