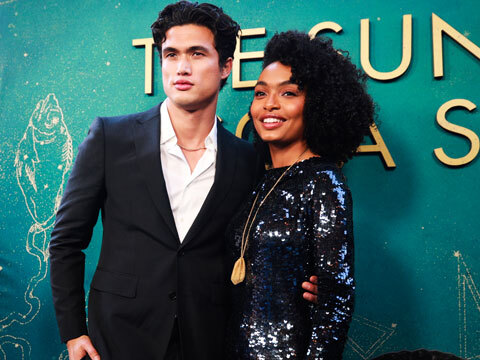 If you're in the mood for love, you are going to swoon over the big screen adaptation of Nicole Yoon's novel 'The Sun Is Also a Star', which is poised to be THE romance movie of the Summer! Young Hollywood heads to the L.A. premiere of the film, where we catch up with the on-screen lovebirds themselves, who also happen to be two of our biggest small-screen crushes: "Riverdale" star Charles Melton and "Grown-ish" star Yara Shahidi! The actors scoop us on their amazing, organic chemistry as these two star-crossed characters, plus they tell us about some of their preferred romantic gestures in real-life. Also, they reveal their zodiac signs and tell us how much they know about them, and they attempt to explain that inexplicable feeling of being in love!