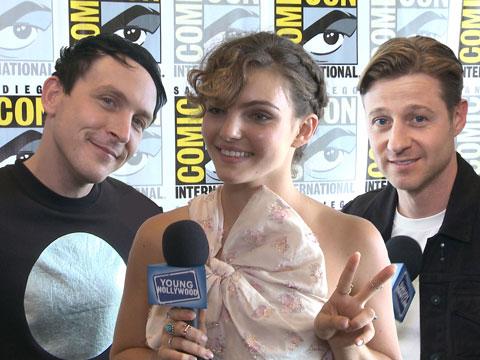 Which Gotham Star Could Have a Secret Identity?

YH catches up with the amazingly talented cast of Fox's "Gotham" at Comic-Con, including Ben McKenzie, Robin Lord Taylor, Camren Bicondova, Erin Richards, Jessica Lucas, Cory Michael Smith, Alexander Siddig, and Drew Powell, who reveal which one of the actors is most likely to have a secret identity, plus they discuss why the fans love the show so much, and find out which actor would love to live in Gotham City in real life!