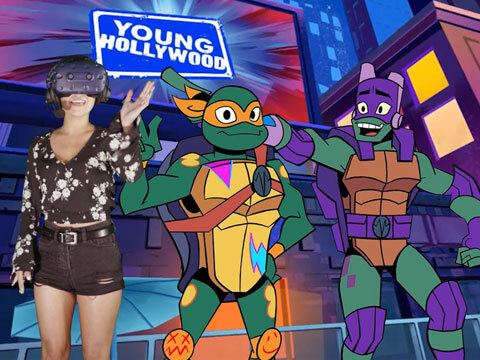 Inside the World of Rise of the Teenage Mutant Ninja Turtles

Have you ever wanted to explore the world of the Teenage Mutant Ninja Turtles firsthand? Well Young Hollywood got to do just that when we plunged into the "Rise of the Teenage Mutant Ninja Turtles" VR experience at Comic-Con and hung out with Michelangelo and Donatello themselves! (Voiced by their Nickelodeon actors Josh Brener and Brandon Mychal Smith.) See what they had to say on topics including the meaning of the phrase "cowabunga", their favorite pizza toppings, and what it takes to be a TMNT!