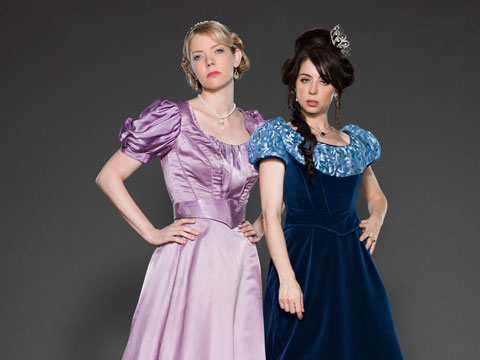 "Another Period" Creator/Stars Talk Time Travel and the Kardashians

YH sits down with the lovely ladies of Comedy Central's "Another Period", Natasha Leggero and Riki Lindhome, at Comic-Con to get the scoop on the origins of their period piece satire (which they co-created and both star in). The discuss how the show is a cross between "Downton Abbey" and "Keeping Up With The Kardashians", plus they reveal how they think they would fare in that time period in real life and which era that would love to time travel to!

Quinn XCII's Advice To His Younger Self

Montana Tucker on Collabing with J.Lo on TikTok