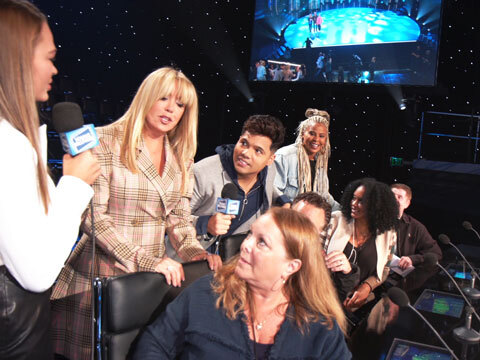 Over the course of 15 seasons, Fox's reality competition series "So You Think You Can Dance" has showcased some of the biggest movers and shakers in the world, and Season 16 is certain to deliver the goods as well! And behind every great SYTYCD dance troupe are the judges who hold their destinies in their hands, and Young Hollywood heads to the set of the show to catch up with those very life-changers, namely Dominic "D-Trix" Sandoval, Laurieann Gibson, and, of course, the immortal Mary Murphy! They show us around the set, including the very stage were dancers compete as well as their own judges panel, plus we get to see their dressing rooms (well, trailer, in Mary's case) and the impressive craft services spread! Find out their go-to snacks during tapings and what song they would dance to if they found themselves on the other side of the judges table!