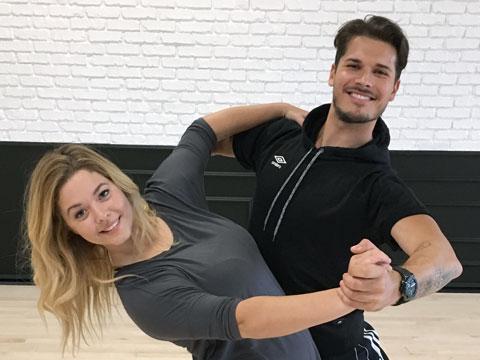 YH takes another spin at a "Dancing With The Stars" rehearsal, this time with "Pretty Little Liars" alum Sasha Pieterse and her pro partner Gleb Savchenko, who give us a little Salsa lesson! Sasha reveals what else she has learned from the show besides dancing, plus she teases a bit about her PLL spinoff "The Perfectionists" and what we can expect from her old-but-new role!