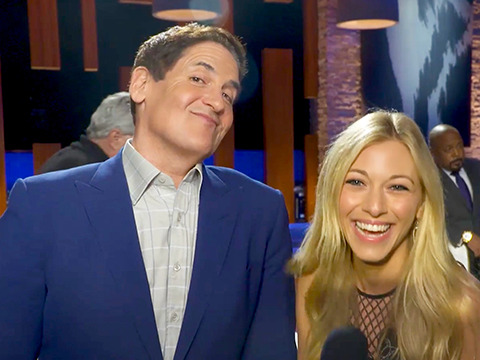 For a decade now, ABC's "Shark Tank" has been making dreams come true and helping aspiring entrepreneurs grow their businesses, and at the center of it has been Mark Cuban, and there to give you all the scoop on the new seasons since Season 7 has been Young Hollywood! We return to the set for the fifth time to get the low-down on Season 11 of the hit series with the ultimate Shark himself, Mr. Cuban, to celebrate the show's success, longevity, and firm standing in not only pop culture but the business world in general! Mark reveals to us the one mistake he sees entrepreneurs make over and over again when they pitch to him and his fellow Sharks, plus he teases what's in store for his other passion project, the Dallas Mavericks, and their new NBA season lead by Rookie of the Year Luka Doncic!