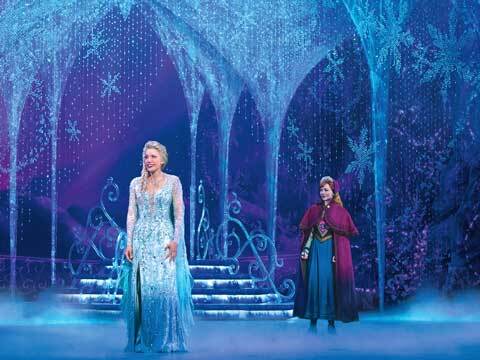 Backstage Tour of Frozen: The Musical at the Hollywood Pantages

If you're not quite ready to "let it go", then you definitely need to check out the National Tour of Disney and Broadway's 'Frozen: The Musical'! During their run at the Pantages Theatre in Hollywood, Young Hollywood just had to get the behind-the-scenes scoop on this extraordinary live show, that brings together all of your favorite elements from the Disney film and adds that special dash of magic that only a live theatre experience can provide! We head backstage with Elsa and Anna themselves, Caroline Bowman and Caroline Innerbichler, where they share their experiences embodying these iconic characters and give us an up-close peak at their gorgeous costumes! We also get to meet Ms. Bowman's hubby, Austin Colby, who plays Hans in the show, plus production supervisor Lisa Dawn Cave gives us a tour of the set and backstage stations and explains all the work that goes into a massive show like this one!