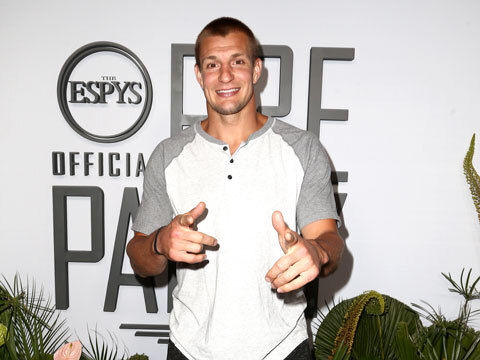 It's that time of year again, to celebrate all things sports at the annual ESPY Awards! And probably nobody in pro sports has more to celebrate tonight than Rob Gronkowski, having announced his retirement following an amazing career with the New England Patriots and his third Super Bowl championship with the team earlier this year! Young Hollywood catches up with Gronk at the ESPYs Official Pre-Party to get the scoop on all his party faves, including his favorite party song, his must-have party food, and his go-to party dance (which he proceeds to demonstrate for us), plus he shares his thoughts on the importance of celebrating pro athletes and names some of his biggest sports heroes and inspirations growing up!