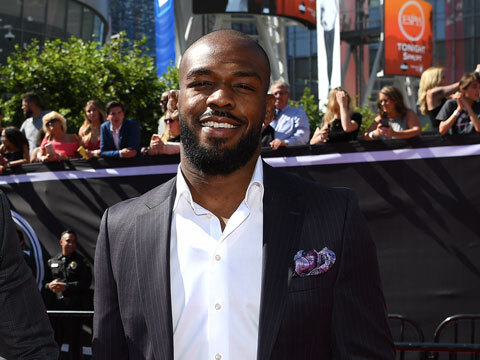 Jon Jones Reveals Most Influential Sports Hero at the ESPYs

The annual ESPY Awards aren't just for celebrating and rewarding the outstanding achievements of the world's best athletes, it's also an opportunity for those athletes to display what they got going on off the field -- namely their sense of style! Young Hollywood heads to the ESPYs red carpet where several sports stars are on hand to show off their swag and prove that their eye for fashion is just as sharp as their athletic skills! We catch up with lacross player Alex Aust, NFL Network reporter Taylor Bisciotti, NBA player Landry Shamet, NFL star Ty Nsekhe, mixed martial artists Jon Jones and Francis Ngannou, and YouTuber Dan Rue to get their thoughts on the intriguing relationship between sports and fashion and to check out their shoe game, plus they reveal their biggest sports heroes!