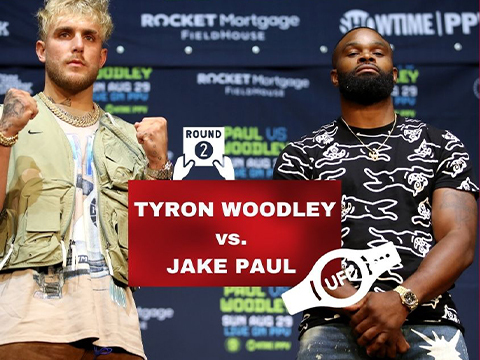 UFC champion Tyron Woodley has been dominating the mixed martial arts game for almost two decades, and now he's about to add another combat sport to his resume -- boxing! Young Hollywood is backstage with Tyron following his contentious press conference with his opponent, YouTube star Jake Paul, where he shares his thoughts with us on how he thinks Jake will stack up against him and we also get the scoop on the crazy tattoo-related bet made between the two adversaries while on-stage! Tyron also tells us why he won't buy anything outrageous after the fight like Jake typically does, plus he speculates about what song he might walk out to the match to!