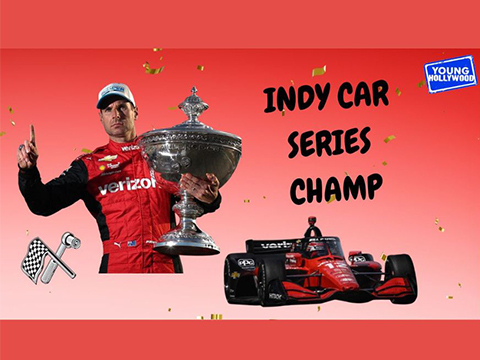 After nearly a decade, Australian race car driver Will Power finds himself once again on the podium as the newest IndyCar Series champion, and it's just the cherry on top of an extraordinary season as whole, which also saw him surpass none other than the legendary Mario Andretti in pole positions! Young Hollywood catches up with Will at the Petersen Automotive Museum in Los Angeles where he recounts for us his amazing journey to his second IndyCar title and how this win differs from the one back in 2014, plus how Tom Brady inspired his history-making feat! He also shows us around the Vault of the museum where the race cars of other iconic drivers like AJ Foyt, Bobby Rahal, and Robby Gordon are on display, plus we head to the Forza Motorsport Racing Experience to check out their driving simulators and then see how much "willpower" that Will Power has!