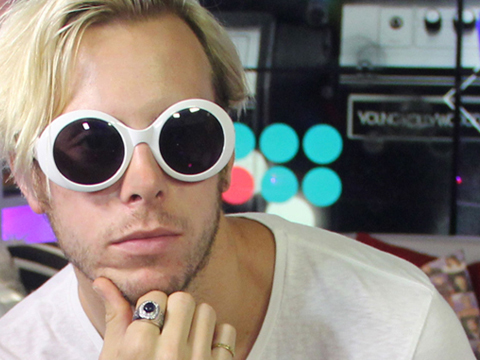 In the grand tradition of other pop groups like One Direction and the Jonas Brothers, family act R5 have ventured into other musical realms, either solo or with new bandmates, but they have neither lost any momentum nor has their bond as a group been totally broken! Riker Lynch found success with his siblings as part of the Disney-fied pop band R5 before the members decided to explore other opportunities, including Riker's new collective Riker and the Beachcombers, which provides fans with carefree, beachy vibes no matter what the weather! Riker joins Young Hollywood via Zoom while in quarantine with his parents to catch us up on all the new material he continues to put on, even while in isolation! His newest jam, "Escape (from Quarantine)" is a total 2020 mood, and the music video was a homemade endeavor that relied heavily on the amount of wine they had on-hand! Riker also teases his band's next single, "Remedy", which also reflects the current COVID climate, plus he tells us about the screenplay he is writing and reveals the first thing he is going to do when quarantine is over!