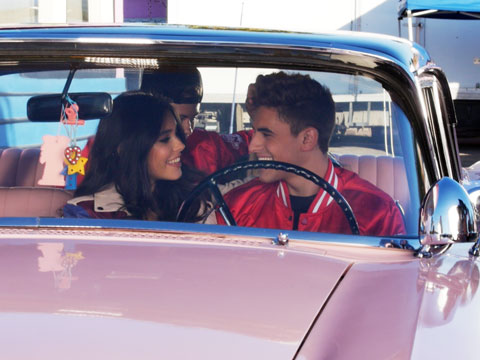 YH ponies up to the (fake) counter at the (fake) Cadillac Jack's diner for some (fake) milkshakes and sundaes with (the very real) Madison Beer on the set of Alli Simpson's music video for her single "Roll 'Em Up"! She tells us what kind of diner food is her go-to, plus she lets us know what to expect when she releases her own upcoming single and she reveals how she deals with haters on social media!