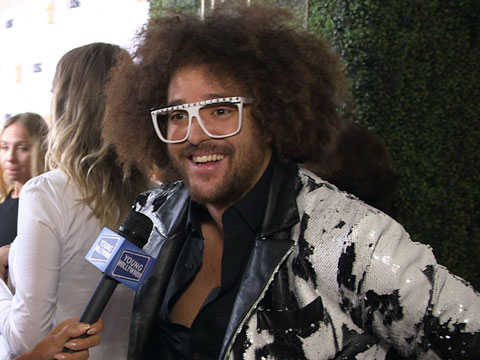 YH is at Primary Wave's 10th annual Pre-Grammys party in L.A. where we catch up with the one and only Redfoo to get a taste of his fancy footwork and find out which current music superstar impressed him the most, plus we chat with rock singer/songwriter Melissa Etheridge who tells us what artists she's listening to right now (whom you might not expect) and what it feels like to win a Grammy!