Zendaya Serves Up Rom-Com 'Challengers' From 'Bones and All' Director! 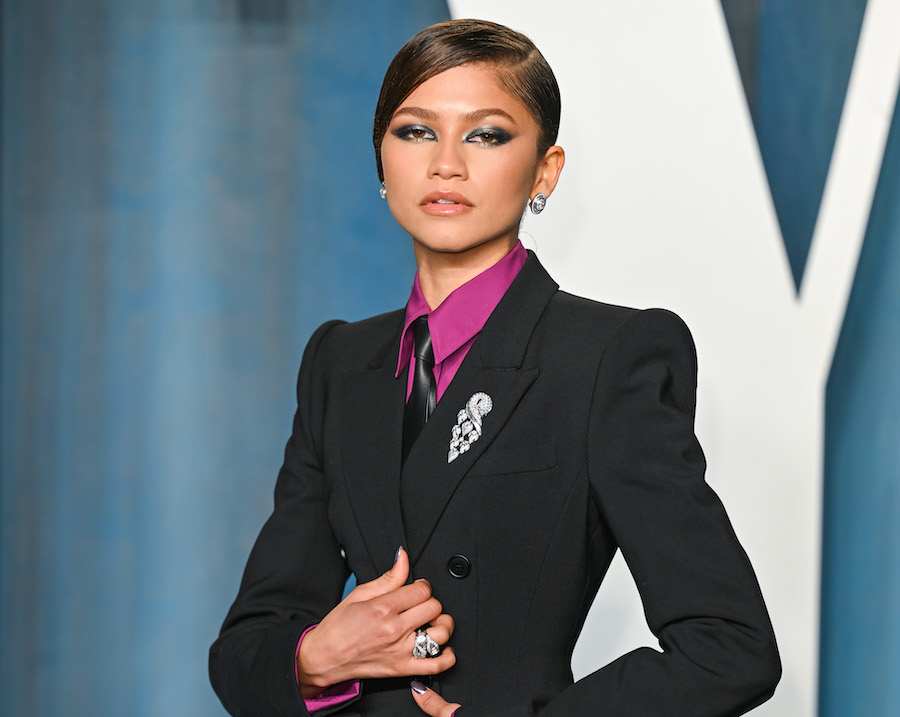 Zendaya is a talented actress, singer, and dancer, and now she can add "tennis player" to that list. For her upcoming 2023 film, Challengers, Zendaya trained for 3 months to master her tennis skills, working alongside a personal coach!

“She’s wonderful. We edited the movie and we almost actually don’t use any of her double. She’s so good,” director Luca Guadagninorevealed to Variety. It’s not at all shocking that Zendaya still manages to impress at everything she does.

It appears that Challengers was a new... well, challenge for both creatives! While Zendaya was tasked with strengthening her athleticism, Guadagnino was making his first comedy – a romantic comedy. Tashi (Zendaya), a tennis player, is determined to cure her Grand Slam champion husband (Mike Faist, Riff from West Side Story) of his losing streak and registers him to compete in a challenger tour, one of the lowest tiers in men’s professional tennis. Things get weird fast when he finds himself facing off against his ex-best friend Patrick (Josh O’Connor, Prince Charles from "The Crown"), who also happens to be Tashi’s ex-boyfriend. Tensions lead to a love triangle with queer undertones.

“I think those three characters in that movie are beautifully complex and really f***ed-up people that I love very much,” Guadagnino shared with IndieWire at the 2022 New York Film Festival. "Euphoria" fans will be elated by this news.

Filming wrapped in Boston in June of this year, with sightings of Zendaya sporting short hair popping up on Twitter.

Zendaya rocks her new short hair on the set of her new film Challengers as production continues - https://t.co/3mqXrXuPjF#Newspic.twitter.com/MDSYhVjDDf

A teaser trailer isn’t available just yet, but fans can expect the film’s release on August 11, 2023, and a killer soundtrack composed by Oscar-winning Nine Inch Nails alumni Atticus Ross and Trent Reznor. The two previously worked with Guadagnino on the Bones and All score. So it seems, Challengers will be a delicious feast for the ears and eyes. We can’t wait!