Zayn Malik: From One Direction to A New Direction? 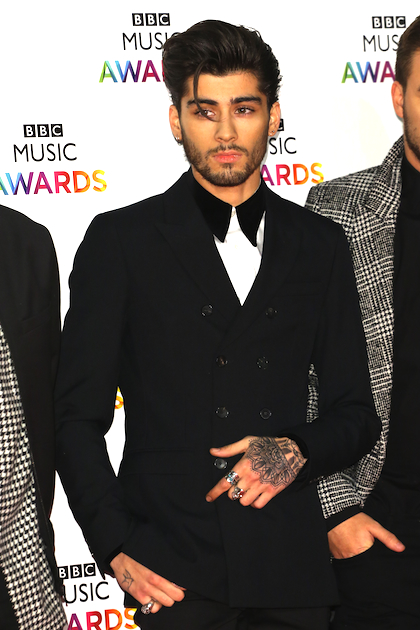 Since Zayn Malik signed off from the rest of One Direction’s tour, rumors have been swirling, and yes, Directioners... it’s official. Zayn has left One Direction. In a statement posted on the band’s Facebook fan page today (March 25), it was announced that, "After five incredible years, Zayn Malik has decided to leave One Direction. Niall, Harry, Liam, and Louis will continue as a four-piece and look forward to the forthcoming concerts of their world tour and recording their fifth album, due to be released later this year."

But despite rumors of drama in both his personal and professional life, everything seems to be just fine with the 22-year-old crooner: "My life with One Direction has been more than I could ever have imagined. But, after five years, I feel like it is now the right time for me to leave the band. I'd like to apologise to the fans if I've let anyone down, but I have to do what feels right in my heart,” Zayn expressed in the post.

So, what exactly does the future hold for the heartthrob? After previously working on Naughty Boy’s single “One Chance To Dance” last year, the DJ has recently confirmed that Zayn will indeed be featured on his next album. "It's a good time for Zayn to showcase what he really can do,” Naughty Boy stated to Britain's The Sun.

And it looks like Naughty Boy isn’t the only one wanting to work with the pop star. Rapper 50 Cent recently revealed, "If Zayn wants a rap career, just because of who he is, he is going to sell records. But if he wants to be credible, he has to be with the right people. I'd happily sign him up to my label, mentor him, and have him working with the biggest rappers on the planet."

Only time will tell what his next steps will be, but for now, Zayn has expressed that he's ready to live a more ordinary life. "I am leaving because I want to be a normal 22-year-old who is able to relax and have some private time out of the spotlight. I know I have four friends for life in Louis, Liam, Harry, and Niall. I know they will continue to be the best band in the world.”

Although we’ll definitely miss his sultry voice, we’re excited to see what’s to come for Zayn and wish him all the best in this new journey!