Your Guide to the Hottest New Network Shows Debuting This Year! 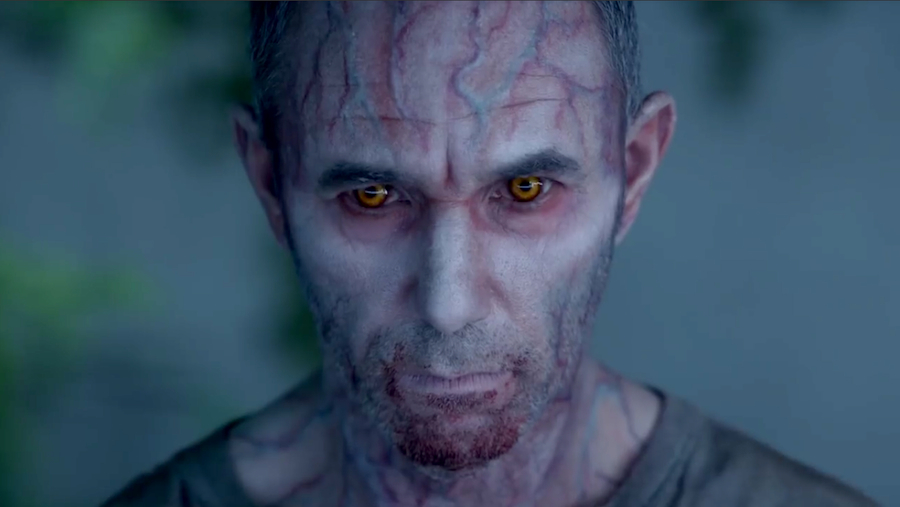 Last week also happens to be the week of the Royal Wedding, but almost more importantly, it was the week of the 2018 upfronts, otherwise known as when we find out all of the new shows for the 2018-19 season and therefore my favorite week of the year! So, if you could please, grab a snack, take a seat, and clear your Fall schedules because this is my Super Bowl and I’m about lay out my top picks for each network...

Blair Waldorf is back and I am here for it! Let’s be honest, I’ll get behind anything that brings Leighton Meester back onto our screens, but "Single Parents" actually looks like it might have the writing chops to back her up. Meester ("Gossip Girl") is accompanied by an all-star cast headed up by "SNL" alumTaran Killam, and the trailer has already made me smile more than any other. "Single Parents" is a half-hour comedy about a group of single parents (obviously) determined to rescue a dad who is so preoccupied with his daughter that he’s lost sight of his own life. Let’s hope this show can hold up and maybe even fill the "New Girl"-sized hole in my heart.

I went into this one really not expecting to like it, but the trailer completely surprised me. I’m a sucker for some good ol' Scott Foley , and ABC has finally figured it out and put him front and center in "Whiskey Cavalier". This show is about a team of spies lead by Foley and Lauren Cohan ("The Walking Dead"); spy stuff, romance, and a bunch of fight scenes ensue, and I was shocked by how much I enjoyed the trailer. From the first look, it seems like "Whiskey Cavalier" doesn’t fall into the trap of taking its premise too seriously and actually has some jokes that made me laugh out loud and got me a lot of weird looks in this coffee shop. All in all, I will definitely be tuning in, and not just for Scott Foley’s beautiful face.

"The Passage" (Midseason on FOX)

This show cannot come soon enough!!! I was devasted when "Pitch" got cancelled but perhaps it was for the best, because Mark-Paul Gosselaarhas returned to us and brought with him an adorable child that he’s risking his life to protect. "The Passage" is based off the best-selling trilogy written by Justin Cronin, which sees Gosselaar as a federal agent on the run with a 10-year-old girl whom he’s protecting from an ominous government experiment that will either be the cure for all disease or create what looks to be a zombie outbreak. I know it sounds like a lot to take in, but seriously, please check out this trailer, you cannot deny the chemistry between Gosselaar and young Saniyya Sidney, it is almost too much for my TV-deprived heart to handle. Please, Fox, just take my money and give me more.

If you ask me, "Manifest" has some great potential. It’s basically a mash-up of  "Lost"  and "The Returned" -- a flight takes off and seems to land according to schedule, except that 5 years have passed since its departure. This show has already manipulated all of my emotions and I’ve only seen a 3-minute trailer, but I love it. "Manifest" has it all, a family dynamic, a sick child who could be saved, a few angsty relationships, and some mysterious time travel... what more could you ask for? The cast is headed up byJosh Dallas ("Once Upon a Time") and Melissa Roxburgh("Valor"), and I, for one, will be watching the pilot when it takes off this fall (all the puns intended).

A star football player from a rough high school gets recruited to play for affluent Beverly Hills High. This basically looks like a new "Friday Night Lights" (sadly without Tim Riggins) and I’m not mad about it. It stars Taye Diggs and Daniel Ezra and there is plenty of rivalry, hormones, and expectations to go around. We can’t wait.

They haven’t released a trailer for this yet, but "Legacies" is about the supernatural children of our favorite characters from both "The Originals" and "The Vampire Diaries", so I’m willing to hedge my bets that it’s going to be one to watch.

Disclaimer: I have an unhealthy obsession with Harry Styles, and this show is not going to help it because RING THE ALARMSIT IS BASICALLY BASED ON HIS LIFE!!!!! "Happy Together" is CBS’s new half-hour comedy that the network says “is inspired by a time when executive producers Ben Winston and Harry Styles lived together. However, that’s where the reality ends. The show is not based on real-life experiences or characters.” I, however, do not care what they say and will be happily taking any clues about Harry that I can. All of that aside, "Happy Together" is about a pop star who moves in with a married couple after his very public break-up and all the antics that result. You don’t have to ask me twice, Harry, I’ll be watching!

So those are the top picks, but that’s just me. Check out the rest of the new trailers below and decide for yourself what you’ll be tuning in for!

Which new shows are YOU most looking forward to??