You Will Get a Kick Out of Amazon Prime's "The Kicks"! 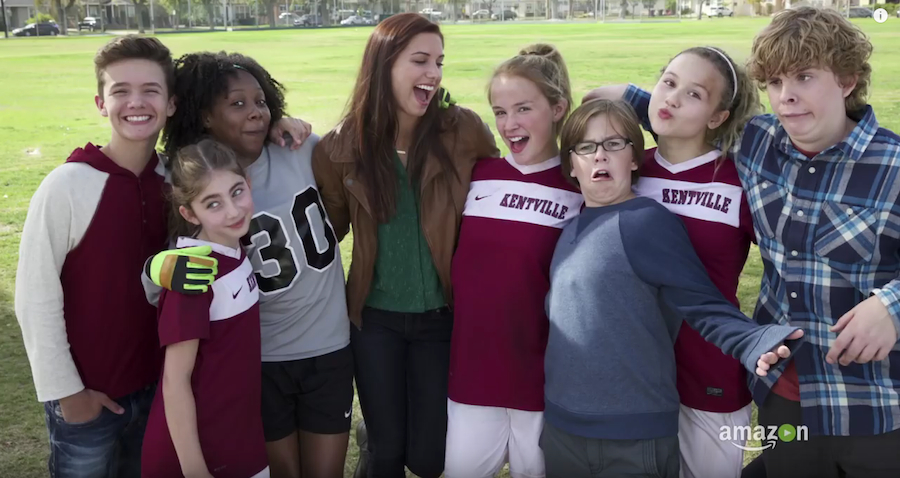 “I don’t wear high heels, I use cleats.”

We all know the Olympic soccer matches have left you wanting more, and we’re pretty sure we got you covered. Amazon Prime just released their new original series “The Kicks", based on the book series written by Olympic Gold Medalist Alex Morgan. #GOALS -- literally! The books series, released in 2013, is currently comprised of 6 books. The show is executive produced by David Babcock, James Fey, Todd Cohen, and Andrew Orenstein and stars the lovely Sixx Orange (most epic name ever, btw) as the lead character, Devin Burke.

The show follows Devin, a star soccer player at her school who is now moving to California half-way through the school year. Her new team has been on a losing streak and needs a bold leader to help the team get their confidence back. It’s a feel-good show for the entire family. So grab a bag of popcorn, sour candy, and get ready for the perfect TGIF night in!

Don’t forget you can start watching the show RIGHT NOW on Amazon Prime. But before you tune in, be sure to check out Sixx behind the scenes at a photo shoot for the show and hear her talk a little bit more about her character, below!