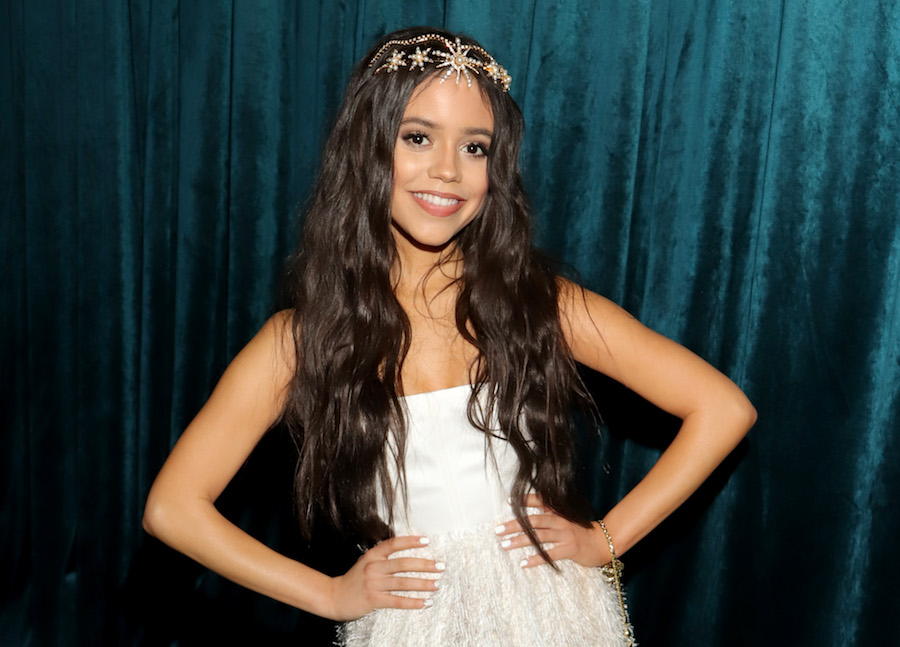 Jenna Ortega has been gracing our screens since her roles as Young Jane in "Jane the Virgin" and Harley on Disney Channel’s "Stuck in the Middle", but her career choices and dedication to authenticity in the social media age make her a young actress who will not only go on to play great roles but to inspire young girls as well!

In recent years, Jenna has been killing it on Netflix with roles in Yes Day with Jennifer Garner and Edgar Ramirez and in the horror movie The Babysitter: Killer Queen, but we’re huge fans of her performance in "You" as Ellie Alves, who gets to go toe-to-toe with Joe (Penn Badgley) as he terrorizes Los Angeles. Her nuanced approach to the teenage character showed audiences that she has talent to spare, even when surrounded by established co-stars like Penn and Victoria Pedretti!

She also starred in The Fallout, portraying a high schooler who is dealing with the aftermath of a school shooting, an important and timely topic in our country today. The movie also stars Maddie Ziegler and Shailene Woodley, and was scored by Finneas O’Connell! We love Jenna’s dedication to taking on a variety of roles as well as characters that can really speak to audiences.

With some intriguing roles and exciting career moves, Jenna’s upcoming projects are some of our most anticipated! She will appear in the relaunch of the Scream franchise in an undisclosed role, surrounded by actors from the original and a new crew of Gen-Z talents that include Dylan Minnette and Mason Gooding! We’re excited to see how she brings her horror movie experience to the reboot of this cult classic. She’ll also be taking on another iconic role — Wednesday Addams! The live-action series will focus on the famed daughter of the Addams family, and it will be directed by none other than Tim Burton. It’s only natural that Jenna’s talent will cement her as one of the most iconic roles in pop culture!

Jenna is not only a talented actress but an activist and promoter of self-love on her social media. She recently published her first book, It’s All Love: Reflections for Your Heart and Soul, which includes quotes and personal stories about growing up Latina in Hollywood, mental health, and family. Recently, she made a post about waxing her upper lip, captioning it “I’m Latina are we surprised”, showing her young audience an authentic look into her normal life without a hair and make-up team.

From engaging characters to teenage antics to genuine reflections on life, Jenna Ortega is a young actress who is relatable, truthful, and immensely talented, and we love her for that!