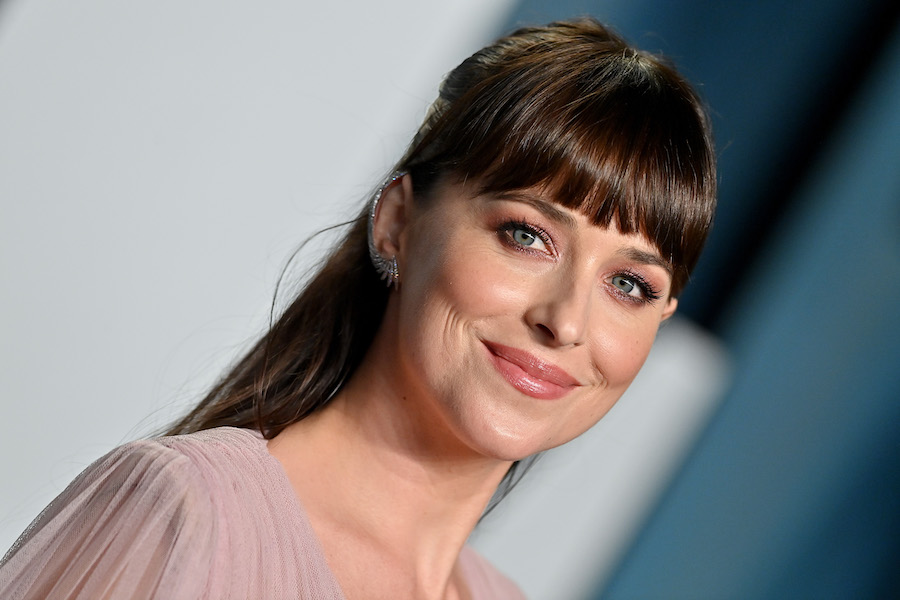 Dakota Johnson is an actress well known for her performance in the Fifty Shades of Gray film franchise, in which she plays Anastasia Steele, a normal girl whose world is shaken when she falls for billionaire bad boy Christian Gray. The series’ success saw Johnson attend award ceremonies and late night TV shows, where she quickly showed the world she’s unafraid to speak her mind.

Johnson’s witty comeback to Jimmy Fallon during a 2018 interview is proof of this. After Fallon repeatedly interrupted her, she calmly joked, “Aren’t you supposed to let people talk on this show?” The video sits at over 4 million views, with fans still revisiting it and even commenting on her chaotic yet calm energy.

Dakota -- the daughter of film & TV icons Melanie Griffith and Don Johnson -- is so deadpan that people often can’t tell when she’s joking, like in her Architectural Digest house tour in 2020 when she pointed out a bowl of limes stacked nicely in her matching green kitchen. “I love limes, I love them. They’re great. I love them so much and I like to present them like this in my house,” she said. The internet went wild over the seemingly bizarre admission. Johnson later revealed that she is actually allergic to limes and couldn’t just ignore the set dressing. This sparked even more of a frenzy, and the memes that "Lime-gate" inspired are nothing short of amazing.

how it started: how it's going: pic.twitter.com/fOjBiWBMAK

Clearly, Johnson’s power is unmatched, which makes it no surprise that she is set to star as Madame Web in Sony’s new Spider-Man spinoff by the same name. Madame Web is Sony’s first female-led superhero movie, directed by S.J. Clarkson and set to showcase Sydney Sweeney, Adam Scott, Isabela Merced, and even Emma Roberts. Fans of the Spider-verse will be introduced to Cassandra Webb (Madame Web), a clairvoyant mutant who, in the comics, helps Spider-Man rescue a kidnapped victim. The release date is set for October 6, 2023. We’re excited to see Johnson continue her badassery and inspire another round of hilarious memes!