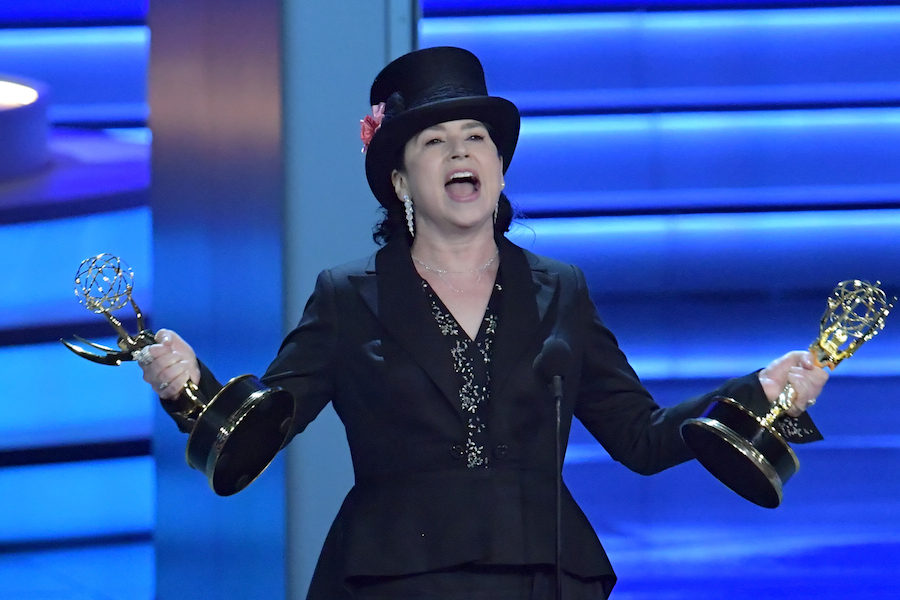 Well well well, where do I start with Amy Sherman-Palladino? This lady is a modern marvel, so I’m here to tell you all about her. If for some reason you weren’t watching this year’s Emmy Awards and missed her making history, I’ll start at the beginning for you...

Born and bred in Los Angeles, dance was Amy’s first passion and lead her to audition, and get a callback for, the musical Cats. In a move that would define the rest of her life, she decided to forgo a dancing career for a position on the writing staff of "Roseanne", a choice that her mother notably disagreed with. It looks like it ended up being a pretty smart move, after all, as Amy is now one the best-known screenwriters in Hollywood, although I do not recommend rebelling against your mother – it doesn’t always end so well.

Sherman-Palladino wrote on "Roseanne" from Seasons 3 through 6, leaving in 1994 to work on several other sitcoms and original scripts. She is probably best known as the genius behind the wildly popular dramedy "Gilmore Girls", a show which she actually presented as a last-ditch effort to network executives after they passed on all of her other ideas. I tell ya, this woman has some impressive perseverance.

She truly did it all on "Gilmore Girls" -- writing, directing, producing, and acting as showrunner (with her husband Daniel Palladino, but this isn’t about him) for 6 of its 7 seasons. She is the queen of snappy dialogue and wonderfully relevant pop culture references, and her style has yet to be duplicated anywhere else. Amy is truly one of a kind, and in 2016, she did it all over again.

I will admit, Amy’s newest series "The Marvelous Mrs. Maisel" slipped right under my nose at first. I’d heard about it here and there but had no idea of the impact it was making on its audience. "The Marvelous Mrs. Maisel", a comedy about a 1950s housewife who decides to become one of the first female stand-up comics, completely stole the show at the 70th Emmy Awards. Sherman-Palladino won Emmys for Outstanding Directing For A Comedy Series and Outstanding Writing For A Comedy Series -- making her the first woman EVER to win both these awards in single year -- not to mention the multiple other awards the show and its cast took home, including Outstanding Comedy Series. Clearly, people are blown away yet again by the worlds this woman’s mind can make.

Amy Sherman-Palladino is a trailblazer; her entire life has been about pushing boundaries and exceeding standards. She wears every hat and looks good in all of them. We bow down to you, Amy, please never stop doing all that you do.

You can check out "The Marvelous Mrs. Maisel" right now on Amazon Prime!