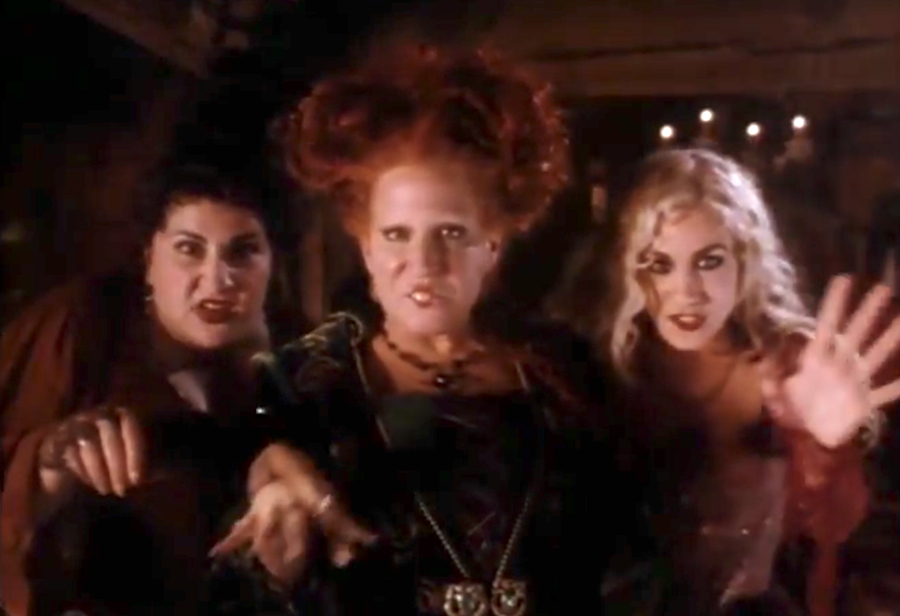 Now that it’s officially October, I’m pretty much 100% ready for Halloween. We don’t need to waste our time arguing or debating about which Halloween movie is the best. We just don’t. Because there is a CLEAR winner -- Hocus Pocus. And this year, the incredible film starring the Sanderson sisters (Bette Midler, Sarah Jessica Parker, and Kathy Najimy) is celebrating its 25th anniversary! And to honor this milestone, Freeform is giving them their very own anniversary special that will include some of your faves!

Sign up now to be part of the audience! Films in Los Angeles: https://t.co/bd2zexSjl3pic.twitter.com/9gySW7S6aN

In case you haven’t already heard, Freeform is stepping up its Halloween game this year. Instead of doing their usual 13 Nights of Halloween from October 19th to October 31st, they’re now doing 31 NIGHTS OF HALLOWEEN. Yes, you heard me correctly. 31. Nights. Of all your favorite Halloween movies. Every night in October. (Check out the full lineup of movies here.) As part of their lineup, they’ll be airing an all new Hocus Pocus special on Saturday, October 20, called the “Hocus Pocus 25th Anniversary Halloween Bash”. They’ve also already announced that, on Halloween (October 31), they’d be playing Hocus Pocus back to back all freaking day. Further proving my point that it is CLEARLY the best Halloween film.

Don’t fret, Hocus Pocus fans. This won’t be some lame, rinky-dink special. Oh no. Get ready to run amuck, amuck, amuck! Because all of your favorites are joining in to celebrate the 25th anniversary. Throughout the celebration, you’ll see all new interviews with the movie's stars Sarah Jessica Parker, Kathy Najimy, Omri Katz, Thora Birch, Doug Jones, Amanda Shepherd, Larry Bagby, Jason Marsden, and Tobias Jelinek. We’ll also get exclusive interviews from director Kenny Ortega, writers Mick Garris and David Kirschner, choreographer Peggy Holmes, and composer John Debney. AND to top it all off, there will be performances from Dove Cameron, PRETTYMUCH, and Junior New System!

It doesn’t end there! The special event will ALSO have a Hocus Pocus costume contest, with Kelly and Sharon Osbourne as judges. Drag Queen Lady Bunny is set to DJ the celebration.

I know what you’re probably thinking: WHAT ABOUT BETTE MIDLER? Well, Freeform has said that there are still guests to be announced, so it’s all very possible that Ms Winifred Sanderson herself could make a special appearance! We'll light a black flame candle to summon her just in case!

Freeform has also said that both before and after the special, they will air a "Pop'n Knowledge" edition of the film that will have lots of trivia, observations, and commentary. So exciting!

Get all your friends together, make some spooky snacks, some spooky potions (I mean… drinks), and get ready for this amazing, witchy night. It’s just a bunch of Hocus Pocus [*wink*]. Freeform will definitely have put a spell on you by the time this night is over. The “Hocus Pocus 25th Anniversary Halloween Bash” airs Saturday, October 20, at 8:15PM on Freeform. Until then, go practice some spells and your best Sanderson sister cackle!