Why You Shouldn't Be Sleeping on Hulu's "Casual"! 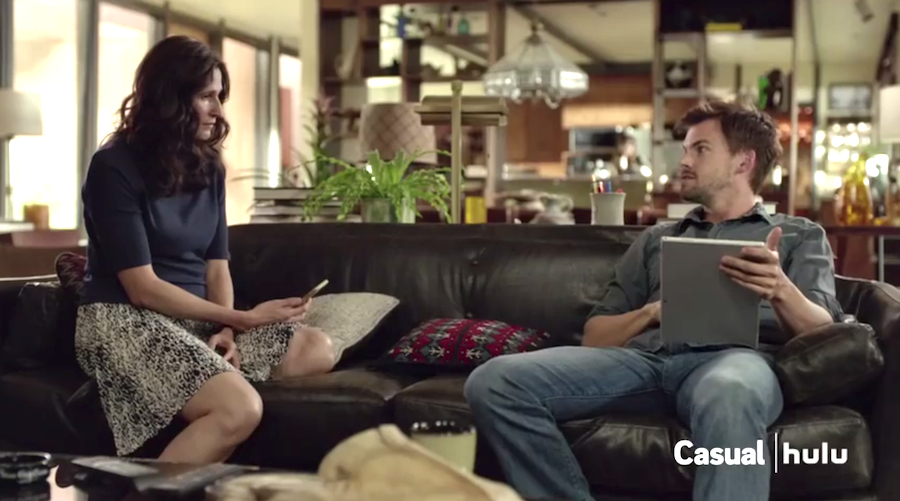 Usually Hulu is where you go when you want to catch up on a show when you missed an episode. But Hulu’s got a base of growing original content, too. There’s “The Handmaid’s Tale”, which has been getting a lot of recognition lately and is up for a slew of Emmy nominations as well. But it’s also got a more comedic show in its catalog that’s unfortunately become obscured by bigger hits like “The Handmaid’s Tale”. This show is called “Casual”, and the punch it packs will sneak up on you.

I started “Casual” after its first season aired on Hulu, and I’ll admit it took me a couple of episodes to really get hooked on the show. You could say I was a... casual fan. Because at first glance, the show is about an entitled white family with classic first-world problems. The brother and sister, Alex and Val, now grown up, have to deal with neglectful and egotistical parents, and Val’s daughter, Laura, is a rebellious teenager. But once you get into the show, you realize that the show’s creators understand this and acknowledge that these are classic non-issues. Now in its third season, “Casual” has evolved into a hilarious and well-developed show.

The show begins with Val’s divorce and subsequently moving herself and her daughter into her bachelor brother Alex’s house. Alex made a significant sum of money by co-founding the dating site Snooger. Now, with lots of money but nothing to do, Alex is clearly lonely and attention-starved. His character is endearing yet aggravating as he navigates the dating scene and attempts to help raise Val’s daughter, Laura. Val is also successful in her own right as a psychiatrist, but is in a bad place at the beginning of the series due to finding her husband cheating on her with a younger woman. Laura rounds out the trio of major characters as a smart but wayward high school student.

While the characters may follow similar tropes, it’s the show’s writing that puts “Casual” a notch above other shows in its genre. The characters’ witty banter and philosophical musings prove that the show is more than just entitled people dealing with their overly dramatized issues. The show also packs a lot of heart into each episode. Though Val and Alex’s relationship can be strained at times, the viewer can also tell just how close they are and how much they love each other. Since their parents weren’t around much when they were younger, Val basically raised Alex, and the affection they have for one another is tangible. And when their parents do resurface from time to time on the show, the strength of their relationship is brought out even more.

If you’ve got a subscription to Hulu, pull “Casual” up and start watching. It’ll hook you quickly; there are two full seasons and a third one that just wrapped up this week available to stream right now. If you don’t subscribe to Hulu, perhaps consider getting one just for this show alone. The first month is free, and I feel confident that you can pull off watching the available episodes in that amount of time!