Why You Should Give "Grace and Frankie" a Chance! 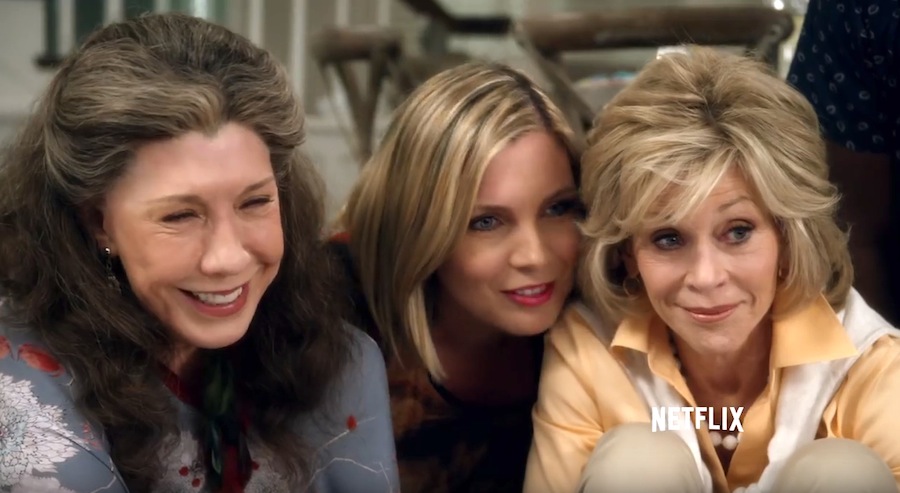 At first glance, "Grace and Frankie" didn’t appeal to me because no buzz had been generated about it, and when I saw the posters of two 70-year-old women hugging and smiling, I assumed that the show would be uninteresting and the typical storyline of two past-their-prime old ladies reminiscing about their lives, their children, and their husbands. Nothing here to appeal to a Millennial like me.

Boy was I wrong!

The plot of "Grace and Frankie" is follows the story of two women learning to lean on one another after their husbands of 40 years tell them they are leaving them -- because they’ve been in love with each other for the last 20 and they want to get married! Thus Season 1 opens with Grace and Frankie sitting at dinner hearing the devastating news that their husbands have been having an affair behind their backs all this time. From then on, even though these two women could not be any different, they decide to befriend each other as well as lean on their children for support, as well as do drugs, dance on top of bars, curse, meet dates via the internet, and drink. Frankie, played by Lily Tomlin, has a very carefree mindset, always trying to relax but deep down she has a heart of gold and is always willing to be there for Grace. Grace, played by Jane Fonda, is a more responsible, mature, conservative, worrying kind of person with an icy exterior that sometimes she has to be told to tone down but at the end of the day she too is always willing to be there for Frankie. Their developing bond shows that it's never too late to find your one true BFF!

Later in Season 2, we see that they’ve accepted their ex-husbands for who they are, they’ve accepted that they need each other, and they realize they can be friends with their exes, as they share a common bond with their husbands through the children they have with them. They also learn that, even in their 70s, they can jump back into the dating scene!

Hats off to Martha Kauffman (the co-creator of "Friends"), executive producer Jane Fonda, and Howard J. Morris for creating one of the funniest, best-written and acted shows out there today. How they ever made 70-year-old women as female leads workable in a television era dominated by tweens, teens, and 20-somethings is quite a feat. "Grace and Frankie" emobies the YH motto of "It's not about age, it's about attitude," and if you haven’t seen the show already, than give it a chance. The first two seasons are on Netflix and the third season premieres TODAY!