Why You Should Definitely Watch HBO's Documentary About Jane Fonda! 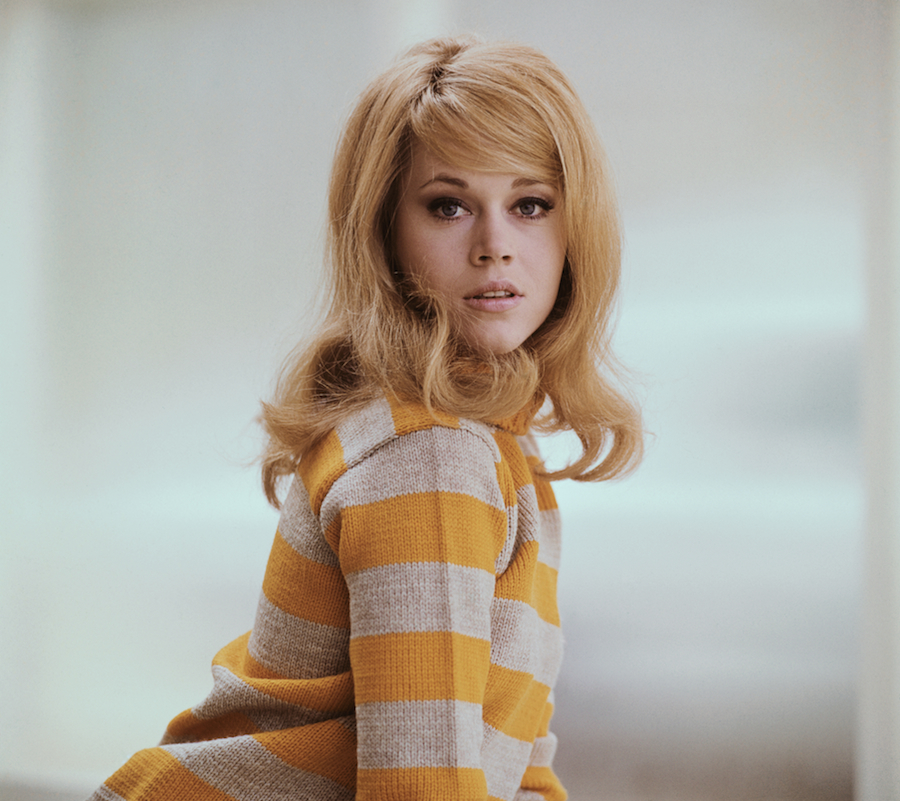 There’s a new documentary about Jane Fonda coming to HBO... you know, the blonde one in "Grace and Frankie"? If you haven’t seen "Grace and Frankie", you’re missing out. Although it’s about two older women, their friendship and their relationship struggles transcend age and the show is well-suited for anyone of any generation. I watch "Grace and Frankie" whenever I fly, and I hate flying. Something about Jane Fonda and Lily Tomlin effortlessly making jokes at each other's expense relaxes and soothes me. In "Grace and Frankie", Fonda and Tomlin’s characters’ husbands are both lawyers who work together. In the pilot episode, they tell their wives that they are gay, and have been in a secret relationship together for years. Naturally, Grace and Frankie are thrown into turmoil, and even though they’re basically frenemies, they move in together. Cue the drama, which soon turns into genuine support and friendship, and later on in the series, a business venture into vibrators for older women.

If you only know Jane Fonda and Lily Tomlin from "Grace and Frankie", you should go watch the movie 9 to 5 featuring them alongside Dolly Parton. It was a big moment in the '80s, because it directly called out the male-centered work environment that women faced. Together the girls band against their sexist boss and get caught in a mix-up involving a dead body. That’s all I’ll say. And of course, it gave us one of Dolly’s biggest hits, “Nine to Five”.

So Jane Fonda made a splash in the '80s with her funny friends and her workout tapes, but she’d actually been in the public eye for a long time before that. Her father was the legendary actor Henry Fonda, whom you might recognize if you ever had to watch Grapes of Wrath in English class. He was a movie star, and so his daughter had a spotlight on her from day one. Jane made her own name for herself, acting in theater productions and then movies. Throughout the 1960s, she was in a string of hits, most famously Barbarella, where she played a sexual space traveller from the future. She went on to win 2 Oscars in the 1970s (one more than her father), and in the 1980s she reinvented herself as a fitness guru, basically pioneering the home work-out tapes craze and VHS industry.

Jane Fonda is also known for her activism, for better or for worse. As you’ll see if you check out the new documentary, Fonda was heavily criticized in the 1970s for her opposition to American involvement in Vietnam. These days, she is a strong supporter of women’s rights and spoke at the first Women’s March in 2017. Her non-profit Jane Fonda Center for Adolescent Reproductive Health aims to educate young girls about their health and help prevent teen pregnancy. And that’s one out of her multiple non-profits.

This documentary will tell the long and complex story of a woman you should know, as she embodies the Young Hollywood slogan: "It's not about age, it's about attitude!" Now in her “fifth act” (though she doesn’t look even close to her real age of 80), it could be the last serious look back at someone whose influence has been felt by multiple generations.

Be sure to catch Jane Fonda In Five Acts in late-September on HBO.