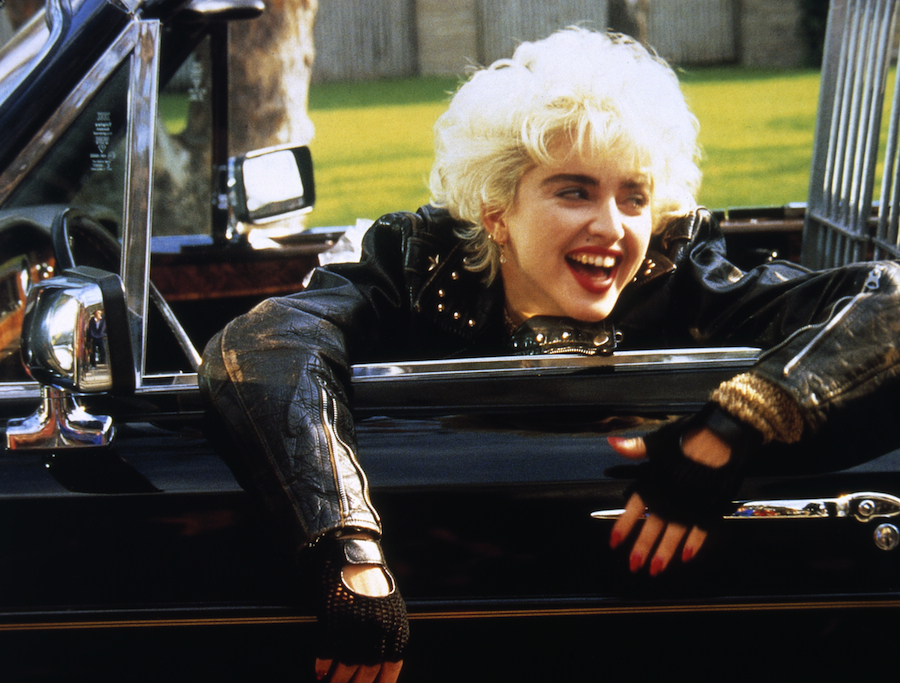 Yes, I already featured Madonna last week, but let’s face it – her repertoire is so extensive, and I had so much fun revisiting her catalogue that I decided to do it again! So there!
When you release so many singles that Wikipedia has a separate discography for them, some are bound to fall through the cracks. Yes, even Madonna isn’t as infallible as her namesake. There are plenty of songs and music videos that Madge released over the years that got some decent air and TV play but quietly fell off the map after that. Some were actually pretty decent efforts too.
Here are my 4 favorite Madonna songs/videos that you never hear on the radio anymore but to which I spent plenty of time lip-syncing in my bedroom mirror as a kid…
“True Blue” (1986) – This song came out when Madonna was in the throes of romantical times with then-husband Sean Penn. It’s the more wistful side of the Material Girl; even Madonna has her girly moments!
“The Look of Love” (1987) – Everyone remembers the title theme song from Madonna’s rom-comWho’s That Girl. But on the B-side of that single was another, slower song from the soundtrack, “The Look of Love”. It’s a lovely, haunting tune that I actually always preferred to the headliner. The music vid features clips from the film and lots of B-roll of Griffin Dunne.
“Keep It Together” (1990) – A very intriguing and somewhat mysterious song where Madonna sings of the love-hate relationship one can have with their family. Knowing what we do now, we can see where this is coming from. But as someone who is always interested in songs about something other than luuuv, this one particularly piqued my interest. The music video was recorded during Madge’s hugely successful Blonde Ambition Tour.
“Causing a Commotion” (1987) – Another jam from Who's That Girl, there was never an official music video made for this single, but it was the opening track to the movie, accompanied by a cute little animated montage explaining Madonna's character's sordid backstory. A great song and a fun cartoon!
(Photo via Röhnert/ullstein bild/Getty Images)
- Katie Marzullo, YH Staff Editor
[email protected]