Why You Should Be Following the "Santa Clarita Diet"! 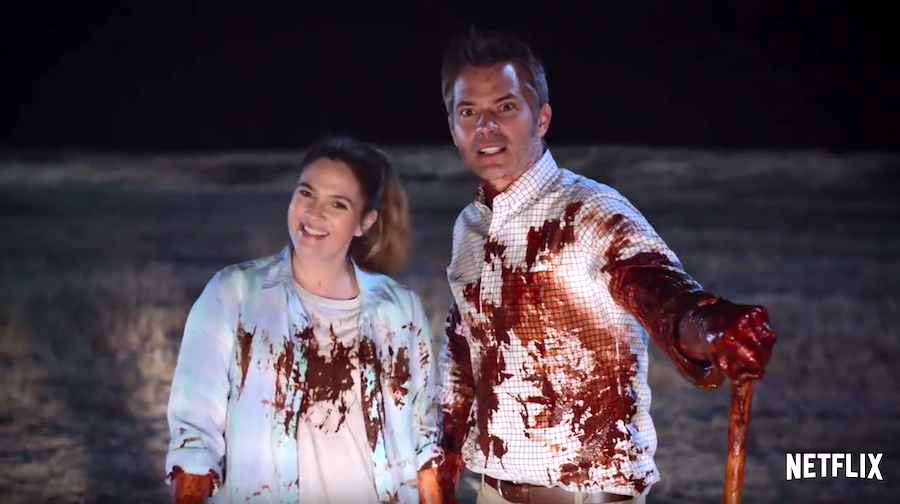 Netflix has stated that they want a 50/50 balance between external TV shows & movies and their own content. This past year has proved they’re well on their way to meeting that quota. It’s not a secret, however, that their original series are killing the market over their original movies, but their documentaries and stand-up specials are doing just fine. That’s not what I’m here to talk about, though. Netflix is a streaming medium that has completely disowned the pilot program and order shows straight to series before proof of concept among audiences and themselves. They’ve taken a lot of chances, and they usually work out, like with last year’s sleeper hit “Stranger Things”. They started off this year right with a different kind of risk called “Santa Clarita Diet”.

Like with most shows on Netflix, “Santa Clarita Diet” had a trailer come out about a week before the show was released. I knew virtually nothing about it prior to seeing the trailer, and if I just went off the Netflix summary (“Joel and Sheila’s marriage gets a jumpstart when Sheila debuts a truly killer new personality and an anything-goes menu. And they used to be so normal”), I would have no friggin’ idea what the heck this show is about. Even the title made me think it was something about sassy stay-at-home moms out to take each other down in a suburban turf war. But to put it simply, Sheila (Drew Barrymore) gets some kind of zombie virus that causes her to crave only human flesh, meat, and bones. Her devoted husband Joel (Timothy Olyphant) is there to help her out by any means necessary.

"Sure. Zombies. We’re over it." I’m sure that's what you’re saying right now, but this show does a pretty good job of flipping those conventions. I’m not done with all 10 episodes yet, but I can tell you already, there’s a lot of differences to it. This isn’t “The Walking Dead” or even something that on the surface may seem more comparable to, say, “iZombie”. This show has its own mythology and comedy. Similar to “Dexter” in tone at times, the show really isn’t that either. Other zombie and serial killer shows in the past follow characters who were equipped to do what they do, but this show just follows two suburban parents who sell real estate. Some of the most boring-sounding people you’d ever meet, yet they decide they have no choice but to kill people. They’ve never done it before, and quite frankly they are pretty terrible at it, which gives the show a bit of its comedy. It’s also got a surprisingly good binge-watching template.

So, if you’re looking for your next show to binge-watch next, check out “Santa Clarita Diet”. It’s definitely not a diet video; however, I have heard in the past that people is the best-tasting meat, but that sounds gross. Not to mention all the mess it creates. So just watch Drew Barrymore eat people in a really bizarre role I wouldn’t ever imagine her in before.