Why You Must Tune In To Netflix's Mind-Bending "Sense8"! 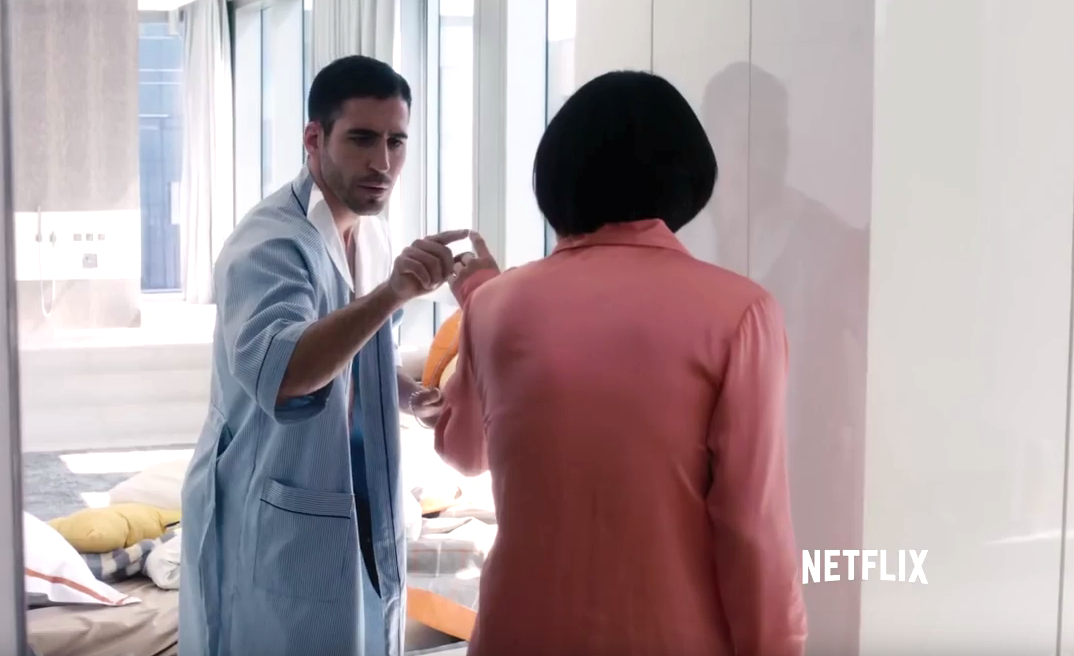 It’s a rare thing when I get really, truly invested in a TV series. Like, to the point that I need to write about it. I thought I had found it last summer with “Game of Thrones”, but then I read the books and realized that the show is very… ummm… flawed, to put it politely. I continue to watch “The Walking Dead” moreso out of duty (and Rick Grimes), and I do my fair share of squeeing when watching “Downton Abbey”, but it’s a passing fancy.

And then I discovered “Sense8” on Netflix.

Herein lies the true beauty of original web content. Free from the binds of a “network” and Nielsen Ratings and all that tomfoolery, outlets like Netflix, Amazon, and Hulu are free to really explore the outer bounds of storytelling, and do so in ways that would almost assuredly not fly even on a premium cable channel.

Enter the Wachowskis and another one of their high-concept, ambitious projects. But don’t let the name dissuade you – I know a lot of people are probably thinking “OH GOSH, but The Matrix/Cloud Atlas/Jupiter Ascending/Etc…” NO. Stop right there. Yes, “Sense8” continues to explore bigger, metaphysical concepts that the brother-sister filmmaking team seems to gravitate towards, but this is something entirely different, something more, dare I say, down to earth?

The premise of “Sense8” is pretty simple, and yet not-so simple – Eight seemingly “normal” people from all over the world suddenly come to realize that they are not so ordinary and are in fact psychically linked with each other. They are actually a highly-evolved type of human called a “sensate”, and they are part of a specific “cluster” of sensates that share a soul. This means that they can channel each other at will (or sometimes reflexively) and communicate even when they are on opposite ends of the planet. Their individual personalities and life experiences couldn’t be more different, and yet they are inextricably bonded. This comes in especially handy when, say, bus driver Cepheus in Nairobi needs to single-handedly stave off a group of guerillas and channels the ninja skills of white-collar Sun from South Korea… or when hacker Nomi in San Francisco needs to find out why these shady dudes are trying to lobotomize her and communicates with Chicago police officer Will to investigate. Things get a little complicated, though, when Will falls for fellow sensate Riley, a troubled Icelandic DJ, or when petty German thief Wolfgang "appears" at sweet and innocent Kala’s wedding ceremony in Bombay… completely naked. Awwwkwaaarrrd!

I could go on and on, but I don’t want to give too much away. You just have to take my word for it. This series (which has already been renewed for a second season, YAY!) goes where few other TV series have dared go before. And for such a high concept, the show never gets too wrapped up in its own head; it’s intelligent but also completely intelligible. So if you are hesitant about tuning in because you’ve had your brain thoroughly melted by the Wachowskis before, don’t let that stop you; “Sense8” is perfectly accessible. And not only that, the cast is top-notch. The principle actors consist of people you’ve probably never heard of, but they all put in utterly riveting performances.

Bottom line: WATCH IT. You won’t regret it!