Why You Should Be Watching FX's "The People v. O.J. Simpson" 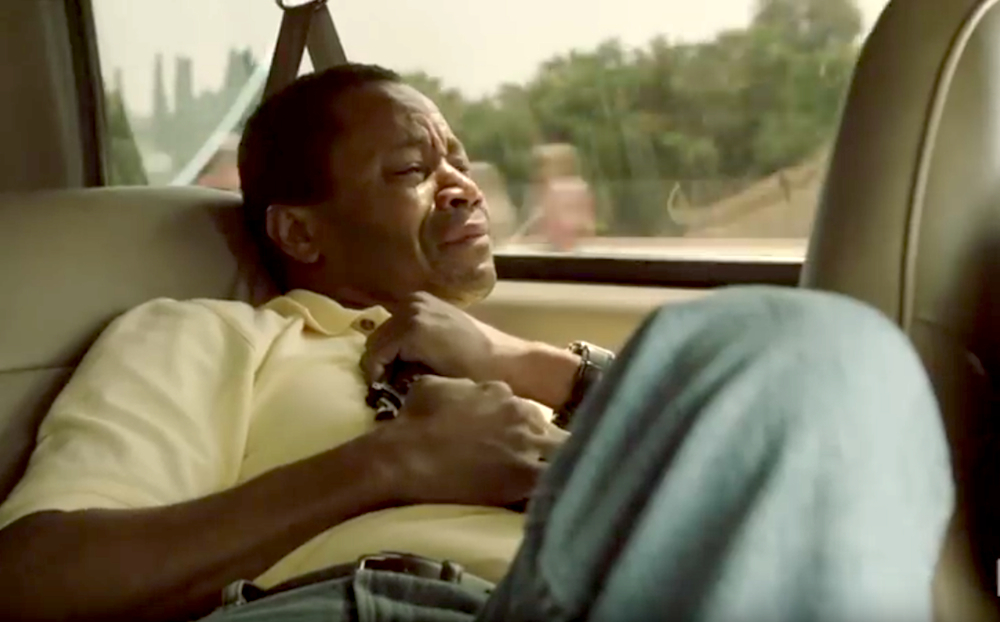 It’s the show everyone is talking about right now. FX has brought the highly-publicized O.J. Simpson trial from the '90s back to your television screens, and it feels like it never left. "The People v. O.J. Simpson" follows the court case of the former NFL star after he was accused of murdering his wife, Nicole Brown Simpson, and her friend Ron Goldman. The events occurred more than 20 years ago(!!) and had people glued to their televisions for months, with over 100 million people tuning in on October 2, 1995, to watch the verdict, where O.J. was found Not Guilty. Everyone remembers where they were when they heard the decision, and this 10-episode miniseries captures the course of events and social climate of the times leading up to the verdict.

The show picked a great cast to tell this story, including John Travolta, Sarah Paulson, Cuba Gooding Jr., David Schwimmer, Courtney B. Vance, and Bruce Greenwood. Cuba Gooding Jr. stars as O.J. himself and has been doing a great job, stating that this role was the hardest he has ever done. Travolta stars as Robert Shapiro, one of O.J.’s attorneys, and he captures Shapiro’s mannerism and vocal tone to a tee. It’s also been eye-opening to see David Schwimmer in a more dramatic role as the other attorney and good friend to O.J., Robert Kardashian. One of the scenes was actually shot in the Kardashian family’s former home.

This trial went on for 9 months and was analyzed by everyone who watched. Many people still buzz about what I like to call the 3 Big Points in this case: the Ford Bronco chase, the bloody glove in the courtroom, and the verdict. We have already seen one of these major points on the show: the Ford Bronco chase scene gave us an in-depth at what was happening inside the vehicle to the cop cars and media surrounding it, all while the nation watched captivated as the events unfolded on live TV. What was really interesting about the show is that they pulled actual news clips from that chase scene from 1994 that lasted 2 hours. It was a very dynamic juxtaposition of what viewers were seeing who actually watched that day and now getting to see what happened off-camera involving the prosecution and defense.

You may be asking, why does this court case still have so much meaning today? As John Travolta said, “It’s still about contemporary issues, about the legal system, about the judicial system, about racism.” Even prosecutor Marcia Clark was judged based on how her hair looked everyday in the courtroom, rather than the real issues of the case itself.

Overall, the show is a really great learning experience, especially for those too young to remember or hadn't been born yet. There is so much that went on in the case that even people who do remember the case didn’t even know about back then. Watching the first episode will make you realize how much went on from each characters' perspective. It’s almost as if your television screen is a viewfinder and you're seeing each portion of the show based on which character is in the shot. It’s a great learning curve to allow you to see the different perspectives.

Make sure to tune into FX on Tuesdays at 10:00pm to catch new episodes!