Why Netflix's "Voltron" Is Much More Than Just a Flashy '80s Reboot! 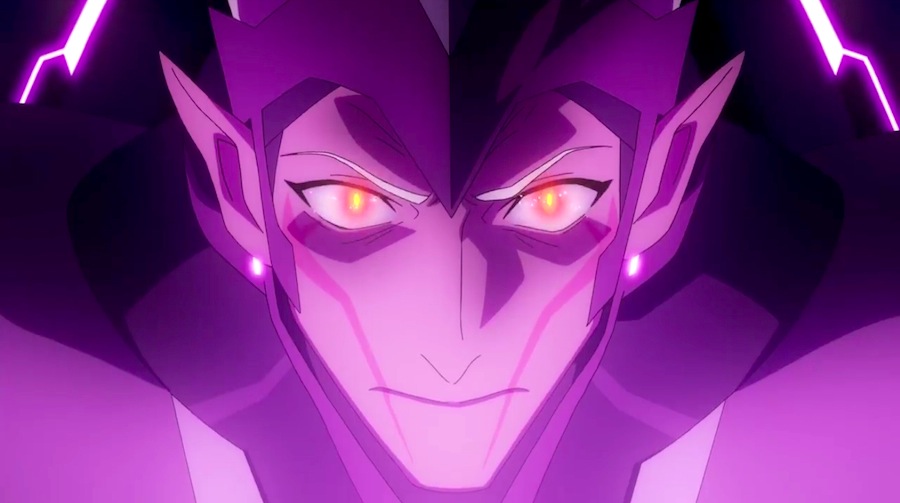 Since 2016, Netflix’s series "Voltron: Legendary Defender" has been more than just a reboot of a fun '80s show. It has been one of the most underrated animated series in years, boasting brilliant 2D animation, an incomparable voice cast, and a narrative that has taken countless twist and turns but never lost sight of the show’s genuine emotional core. The final season was recently released on Netflix and presented an arc that was as cerebral and emotional as any of its previous seasons.

The final season puts the Paladins on a tumultuous path to end the cosmic war that has plagued the universe for hundreds of thousands of years. Their final foe is Haggar (or Honerva), who is on a relentless mission to reunite with her deceased husband and son, and ultimately puts the fate of every single reality in danger by doing so. She’s a terrific villain, as she is driven to madness because of the fact that, despite possessing so much power, she still can’t bring back her loved ones. She’s desperate and filled with regret, which makes her as tragic as she is scary.

When her plot gets carried out, things get trippy (maybe a bit too trippy). But it’s an ambitious final narrative that really presents the Paladins their toughest task yet. This is why it’s imperative they receive help from all of the people they formed bonds with over the past 7 seasons. It gives the season an Avengers-type feel, and seeing some characters interact (like Slav and Pidge’s dad) is just priceless. This unification of characters also gives a perfect sense of closure to so many of the journeys the team went on together and, sometimes, alone.

The final season also featured the confirmation of the slow-burn romance between Lance and Allura. The show does a good job of not focusing too heavily on this plot line and uses their relationship as a way to show how far each character had come. Lance used to harbor many insecurities (masked by his infectious personality), and Allura had a tendency to put up walls around herself, pushing people away instead of getting closer to those who cared about her. The two getting together was a nice finish to their arc, one whose payoff was quite emotional.

Almost every season of "Voltron" features a laid-back, fun episode, devoid of any real threat to the characters. These installments are always super enjoyable, and contain some of the most memorable episodes of the series. Who could forget "Space Mall"? Or my personal favorite, "Monsters & Mana"? The final season was interesting, in that it hadtwo of these kinds of episodes. Well, kind of.

One episode, "Day Forty-Seven", serves as a documentary providing a glimpse into a day in the life aboard the Atlas. The camera spends most of the time free-falling through zero gravity, capturing fun little exchanges and moments of chaos during a space battle. The episode, however, ends with a heartwarming peace offering and has more of an impact on the narrative than most of the usual one-off fun episodes.

The other episode, "Clear Day", is more of a traditional fun episode. It’s essentially "Space Mall" but at a carnival. The ever-aggravated Keith gets stuck on some relentlessly joyful offspring of A Small World, and Shiro finds himself in the most intense arm-wrestling match since Over the Top. You know we love our space dad.

A special shout-out must be given to series composers Brad Breeck and Brian Parkhurst. The music they made for the show could pump you up in exhilaration just as easily as it could break you down into tears. Get a little taste of the amazing music below:

I’ve focused on the smaller, intimate details of the season because, despite boasting some of the most visually stunning action scenes in animated television or film history, the show is ultimately about how people grow and come into their own as unique, strong individuals. Every main character comes such a long way from the first episode to the last, and it’s truly remarkable what this team of storytellers has achieved in just two-and-a-half years.

Recognition deserves to be given to the group of actors assembled to play the Paladins, including Steven Yeun as Keith,Kimberly Brooks as Allura, Jeremy Shada as Lance, Bex Taylor-Klaus as Pidge, Josh Keaton as Shiro, and Tyler Labine as Hunk. This is one of the most impressive voice casts, period, and it’s easy to see that each actor lent some of their own personality to the characters.

It’s sad to see "Voltron" come to an end -- in my eyes it’s the best show to come out of the Dreamworks-Netflix tandem. Even though the story is now over, I’m sure its messages and themes of identity, searching for one’s purpose, and inspiring growth in others will continue to make an impact on its audiences, the mark of a truly fantastic show.

You can now binge all 8 seasons of "Voltron: Legendary Defender" on Netflix.