Why Movie Buffs & Aspiring Filmmakers Should Be Excited About 'Hitchcock/Truffaut' Doc! 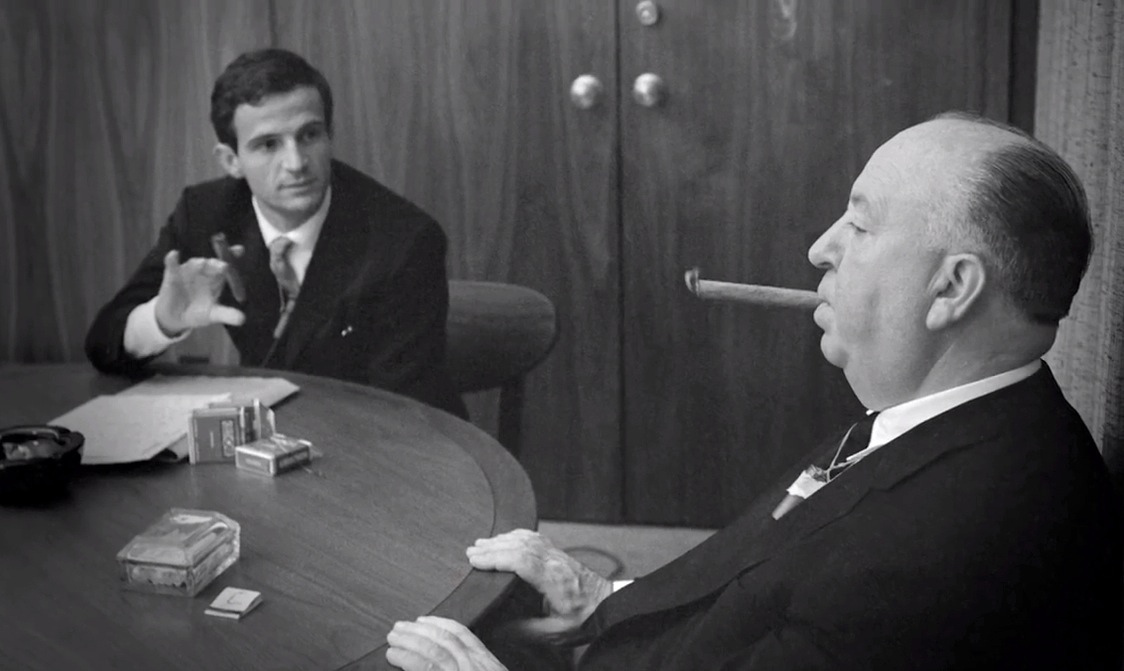 There are several reasons as to why I am excited about the new documentary Hitchcock/Truffaut, and if you are as big a movie buff as me (or more... or even less!), then you should be too.

Alfred Hitchcock is one of my absolute favorite filmmakers, the creator of a tense, exciting, and somewhat deranged filmography that has inspired generations of filmmakers and has kept avid cinephiles like myself (I watch a lot of black and white films from the '30s and '40s, so I get to call myself a cinephile) truly engaged as we allowed a mad genius to play with our emotions and preconceptions on how storytelling works. If a director’s job is to steer audiences through their creations, then Alfred Hitchcock was the cinematic master of the abrupt left turn. Not for all, but for a fair amount of his films, you begin watching a story, and then about halfway through the film, you suddenly wonder if someone has switched film reels (remember those anyone?!). Are these really the characters you started out with, and is this the same plot that was hinted at in the first 30 minutes of the film? With films like Psycho (YH’s own Katie Marzullothinks this film is okay) and The Birds (my personal favorite of Hitchcock’s), you have two extreme examples of this, whereas in films like The Lady Vanishes, Vertigo, and Shadow of a Doubt (a film that dashes back and forth between the light and the dark), you have not so much an abrupt turn but a dizzying series of them, as Mr. Hitchcock knocks about your emotions like a cat toying with a ball of yarn. Well, this sizable cat had claws and a genius eye for the moving image that would forever alter the terrain of cinema.

In 1966, Francois Truffaut, an excellent filmmaker in his own right (see Jules and Jim if you get a hot second), decided to sit down with the Master of Suspense and discuss his entire filmography. These published discussions are the subject of this documentary from director Kent Jones, and we get to find out just how revelatory the lengthy talks between these two film giants were by hearing from some of today’s most celebrated filmmakers. Martin Scorsese, David Fincher, and Wes Anderson are just a few of the famed directors featured in this doc that talk about how the conversations between these two men really highlighted the intricacies of what goes into making a film without what some might call a lot of press-friendly nonsense. And this is what I am looking forward to the most about this movie.

At a base level, my excitement for this film stems from the communal high we get when we hear other people talking favorably about something that we like. But in more refined terms, what I look forward to is seeing the excitement in the eyes of filmmakers when they discuss their craft and the people that have been an influence on it. An energy is released from these craftspeople as they talk about their work and the works of others that may not be immediately recognizable, but you’ll soon find that it is something you have come across before, as this energy is cemented into the DNA of their own movies that they have worked hard to create and share with the world. But yes, to put it in a less flowery way, I am stoked to see folks discussing the art form that I love, and that the focus of this documentary is on Alfred Hitchcock, a director who constantly reminds me as to why film is so important every time I turn on one of his movies. This film will be sneaking into more U.S. theaters as the remainder of 2015 creeps on, so keep your eyes peeled and get ready to embrace this love-fest of cinema.