Why Every Live-Action Adaptation of a Disney Classic Should Want To Be Like 'The Jungle Book'! 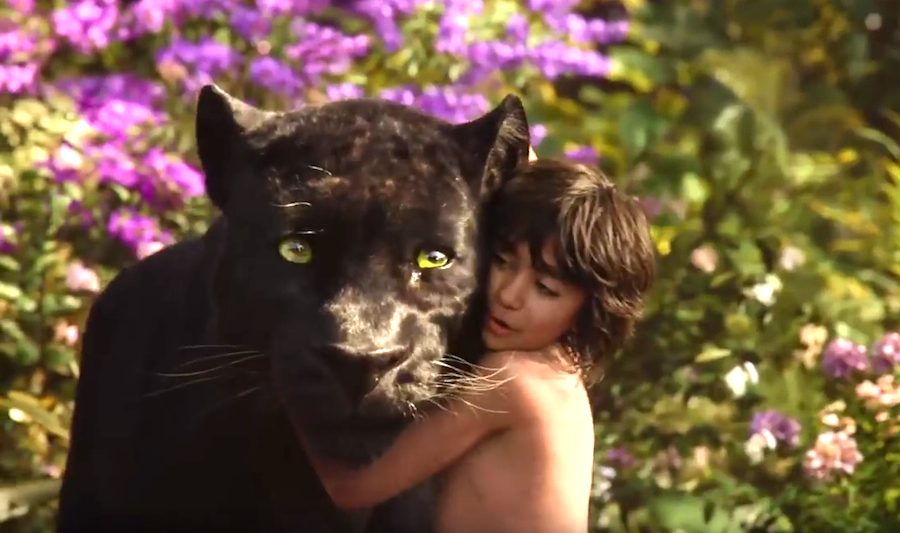 We’ve got jungles! Yessir, we’ve got jungles, with a capital “J”, which rhymes with “A”, which stands for Amazing! No, you were just recently listening to songs from The Music Man! In any case, I am, of course, referring to a film which currently stands as king of the U.S. box-office: The Jungle Book. Directed by Jon “Iron Chef” Favreau and starring Neel Sethi, Idris Elba, Ben Kingsley, Lupita Nyong’o, and Bill Murray, The Jungle Book has quickly swung its way into the hearts and minds of audiences and critics alike. Whether it be Mowgli’s cunning and excellent screen presence, or the sheer (not Shere) brilliance of the special effects, The Jungle Book is a resounding success and a fine testament to fantasy filmmaking. But let’s talk a little more about the aforementioned special effects, Hollywood’s own stable of tricks likely to be frowned upon by any given wolf pack.

Undoubtedly the special effects in the film are something to be applauded, as both the jungle setting and the animals within look san fran-tastic. But the amazing technology does not reign supreme in this film but, in fact, is merely a humble servant to greater powers: story and characters. You are allowed your moment in the beginning of the film to gaze in awe upon this world and the creatures who live in it, but eventually there is a sort of settling in process that begins to happen. There is an almost casual way about the animals as you become more submerged into Mowgli’s world. This casualness might be seen as the film’s sense of humor (and it does at times make you laugh), but it’s main purpose (I believe) is to get you comfortable and thus more receptive to the story at hand. For me, as I viewed a scene in which different species stand side-by-side drinking from the same watering hole and listened to them calmly converse with one-another, I couldn’t help but feel something akin to coming home. Maybe at that moment it finally dawned on me that I was watching The Jungle Book, a story I had seen in animated form countless times as a child and was going to see again for the first time in many years. Or maybe in that moment I was able to, in a sense, see the jungle for the trees, as the world finally came alive for me in terms of my desire to know the journeys of our characters because I had a greater understanding of their point of view.

Whether I’m able to currently put my finger on it or not is a moot point. I really enjoyed this film. As Mowgli, Neel Sethi effortlessly leads this film. This is his story, and the cadre of celebrity voices that give further life to the denizens of the jungle greatly support, but do not overshadow, it. Finding one’s place in this world is a common enough tale, but the fantastical aspects of The Jungle Book greatly elevate it. Fans of the original animated movie should be pretty pleased with what they see, although the militaristic elephants have been replaced in this version with the more mystical counterparts found in Rudyard Kipling’s masterful novels. We even get two songs from the original Disney film, and before you go thinking that the idea of songs in this version sounds out of place, I can assure you that you are only half right. “Bare Necessities” works because the song itself is introduced innocently enough (Baloo is just singing it to himself), and when they launch into it full force, it is used to initiate a small montage and therefore gets a pass. Plus, it’s just nice to hear that song again, and Mr. Bill Murray puts his own jazzy and enjoyable spin on it. On the other hand, “I Wanna Be Like You” does feel a bit more shoehorned in as King Louie just starts singing to Mowgli for no reason during an intense confrontation in which there is initially little fun to be had. Also, I’m still trying to figure out why exactly King Louie is the size of Mighty Joe Young. His size and ferocity do make for an exciting action sequence that does serve the story, but at the end of the day, the scene is more effective than it is endearing. Oh, and I’m a little peeved they didn’t give him a crown. Even the '94 version directed by Stephen Sommers remembered to do that, but whaddya gonna do?

So, to sum up, The Jungle Book is a top notch piece of filmmaking, and for those familiar with the animated original, a nice little stroll down memory lane. If Disney plans on giving every animated film of theirs a live action makeover, then please let this film serve as a shining example of how to go about it.