Why Disney Channel's "Amphibia" Is Totally Worth The Binge! 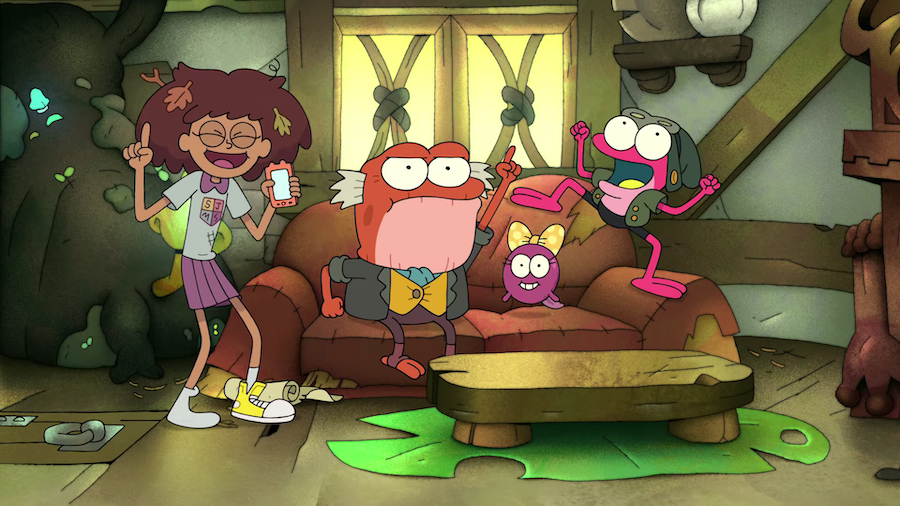 "Amphibia" recently wrapped up the second and final part of its final season. I hadn’t really noticed it for most of its run, but after binging all of "Gravity Falls", I had to move on to something else to fill the void. "Amphibia" seemed close enough, and the reviews seemed pretty positive. By the time I had finished Season 1, I was certain that it deserved to be way more popular than it is.

Here are four important reasons why "Amphibia" is should not be slept-on!

Like lots of shows, "Amphibia"’s first season is a bit on the slower side. However, the continuous story is introduced pretty early on. The story only becomes more tightly woven from there on out, and eventually it’s a fully-fledged fantasy drama that’s similar to "Avatar: The Last Airbender". It rivals that show in quality and complexity!

This show had a high quality of jokes from the very first episode. They’re mostly driven by the characters' personalities, be it Polly’s pension for anger, Sprig’s goofy people-pleasing nature, Hop Pop’s paternalism, or Anne’s easygoing-ness. There is plenty of material to derive jokes from, and if the jokes aren’t about this, they’re usually clever social satire.

"Amphibia" delved into plenty of important messages. Through being transported to a different world, Anne has to learn how to make friends, set boundaries for herself, respect others' boundaries, and be a helpful part of a community. The friendship between the 3 humans in the show -- Anne, Sasha, and Marcy -- is often used to explore both healthy and toxic ways to be friends with others.

As Matt Braly was creating the show, he wanted to incorporate storylines and characters that directly centered around his Thai roots. Whenever Anne has a free moment with her parents, the show artfully and confidently educates the audience about their Thai culture and heritage. This is shown through their family-owned Thai restaurant, the Thai food recipes that are occasionally discussed, and the Thai Temple they visit that is a large part of their life and how they interact with the local Thai community. At the temple, the main characters are shown to be learning about Thai language, the Thai sports game Sepak Takraw, and the Thai dance known as khon.

You can stream all episodes of "Amphibia" on Disney+!