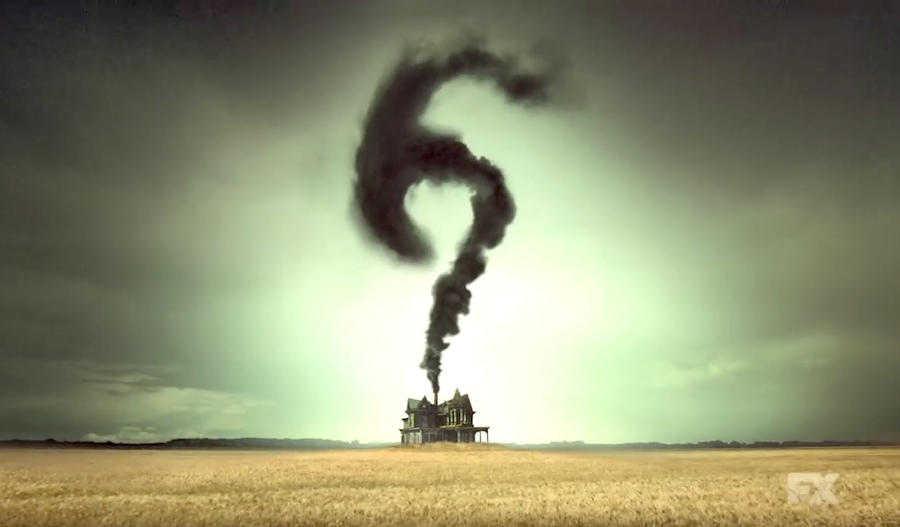 Every time I've opened my Facebook in the last couple weeks, the hottest topics of contention have always included one or more of the following:

- Which puppy is the cutest

- Who was hot and who was not at the Olympics

- What exactly Season 6 of “American Horror Story” will be about

Ever since it first premiered, “AHS” has been a staple of fall television and water cooler talk. The show continues to become more implausible as new plots and characters are introduced (albeit all played by the same actors), but this season, they've taken a different route by declining to assign a title to the new season, like they've done with "Coven", "Freak Show", "Hotel", and the rest. While it is understandable why “AHS” is so popular (the episodes I’ve seen all seem to be going for “Oh snap! I have got to tweet this!” moments), what’s not as clear is why so many other anthology series are popping up on TV. Granted, many networks could be trying to cash in on the popularity that “AHS” has, although many of these shows have a much different audience from “AHS” (such as “American Crime Story”, “Fargo”, and “The Girlfriend Experience”).

And they’re not the only ones -- we’re also about to get a new anthology from the CW. Remember the '80s cult classic, The Lost Boys? In which Kiefer Sutherland plays a vampire? The boys are coming back with a bite in a new anthology series which will change over every season, spanning over 70 decades total, beginning in San Francisco in 1967. The humans, setting, and plot will change every season, but the Lost Boys will remain the same. Anthology series do not seem to fall under a specific genre or have a specific spin on them, thus begging the question: why do networks and audiences love them so much these days?

Anthology series are not a new innovation. In fact, they predate television. Some of the first modern day anthologies (as we know them) were on the radio. One of the earliest was “The Collier Hour” (1927), which adapted stories and serials from the magazine Colliers. Once television became a part of the mainstream, anthologies became quite common and were a main staple of 1950s television. As the years went on, anthologies began to fall out of fashion -- until now.

Anthologies offer a variety of experiences that are common in traditional television, but with a twist. The series incorporates your typical twists and turns, but since every season has a different plot, characters, and setting, audiences are left to wonder how these twists will turn up, rather than the traditional when. Since anthologies frequently use the same actors in different parts from season to season, audiences also have the chance to see their favorite actors return in new and exciting roles, rather than seeing the same characters over and over again, which unfortunately can turn a plot stale.

As for networks love of anthologies, it seems that awards shows have deemed anthology series to be prestigious. Since anthologies tend to be limited in their runs and tell a single focused story every season, anthologies borrow more from film rather than traditional television, hence why they are frequently nominated for awards. And due to the short length of anthologies, many high profile actors are drawn to them (think Matthew McConaughey and Woody Harrelson in Season 1 of “True Detective”). Furthermore, critics tend to prefer the features of dramatic film to that of traditional dramatic television, which partly explains the high ratings of anthologies, and thus why networks may be motivated to create more of them.

The rise of anthology series do not show any signs of stopping, so could they one day overtake traditional television completely? That seems a bit doubtful, but perhaps we will see an even greater variety of anthologies.

In the meantime, get ready for "American Horror Story" Season 6, starting September 14!