Why "Adventure Time" Ending Is a Good Thing! 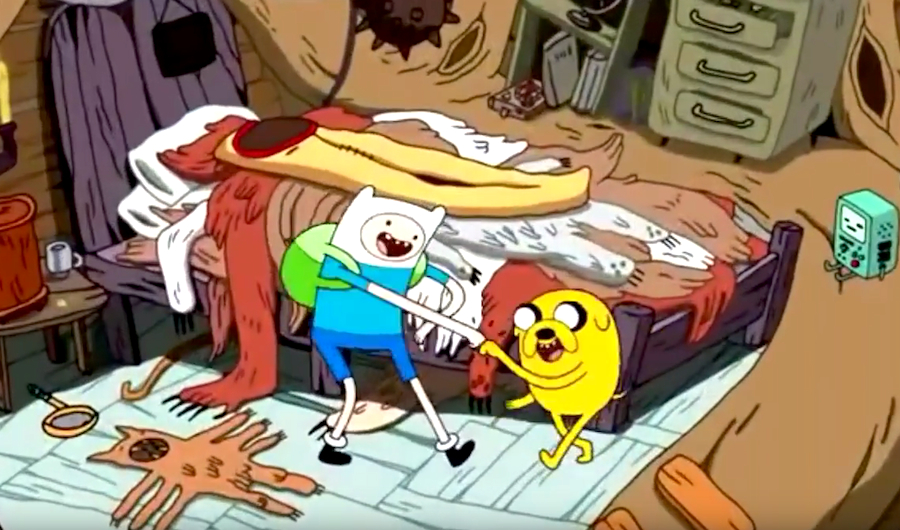 It has been announced that the show loved by both sophistocated kids and young-at-heart adults is ending in its ninth season. Yes, “Adventure Time” will be take its final bow in 2018, which is bad for kids but actually pretty great for adults.

It’s nothing new for a show to decide to go out on top to save face and give a good conclusion. Even “Key and Peele” ended their sketch comedy show at the peak of its popularity, and that wasn't even a show that is plot-heavy by any means. “Adventure Time”, though, is a very special case. For this young generation growing up currently, it’s a pinnacle show for them, like how “Hey Arnold”, “Rugrats”, and “SpongeBob Squarepants” were for my generation. (Although “SpongeBob” is still ongoing, which is crazy!) For many kids, and now teens, this is a big deal that the show is coming to an end, but even their older siblings, uncles and aunts, and, in some cases, parents enjoy the show as well, so what does that mean for these adults in the mix? Closure.

Sure, it sounds weird to say, but “Adventure Time” surprisingly has a lot of plot to it for a children’s cartoon show. The main character even ages at a somewhat regular rate, which is completely bizarre for any cartoon. In other shows like “South Park”, the kids haven’t aged since they made the jump from 3rd to 4th grade, and Bart Simpson has been in the 4th grade for almost 30 years! “Adventure Time” has since day one kept adults locked in and coming back. It’s truly something special that we really haven’t seen in mainstream pop culture before, and even after it’s over, fans will still revisit it. But a continuous plot is not the only reason why adults stay tuned.

The show is actually filled with a lot of sexual innuendos, drug references, spirituality, philosophy, and really clever jokes. I get that it sounds really dumb to say if you have never seen the show, but trust me, it really has all of that. It varies from episode to episode how much of it the show contains, but it’s all there, from a quick throwaway joke/visual gag about having to hide the dead body of prostitute, or an owl spirit straight out of somebody’s LSD flashback who invades people’s dreams as a warning they will die soon, to a Korean-speaking stretched out unicorn who uses her language to say dirty things... these all managed to get past American censors.

And that’s all just the tip of the iceberg for the zany, adult humor layered into this oddly-drawn children’s cartoon show. There’s even been online petitions in the past to get reruns on Cartoon Network’s late night Adult Swim block.

(Below is a short video detailing only 11 dirty jokes through out the show. Still Safe for Work!)

Plus, a point I brought up earlier, why not end it while it’s still good? It sucks for kids because, a lot of the time, kids don’t care about quality. They usually like quantity over quality, so it’s a pretty good thing “Adventure Time” is ending. Sorry, kids, but you haven’t been around long enough to see a show go on for so long that it becomes quite terrible by the end. It’s a lot like when you leave a Happy Meal in the fridge for over a year… wait… that still stays good. So eat that year-old Happy Meal but then open the crisper to take out those organic carrots your mom bought because “organic sounds so scientific”. They were fresh two days ago, but now they are all brown and inedible. That’s what keeping a show on TV for too long is like. “Adventure Time” is great, but it’s not a Happy Meal, so let’s enjoy it before it expires and then go back to it again and again and again!

No official end date has been announced but remember the ninth season will be its last!