Who Will Be the Future icons of Entertainment? 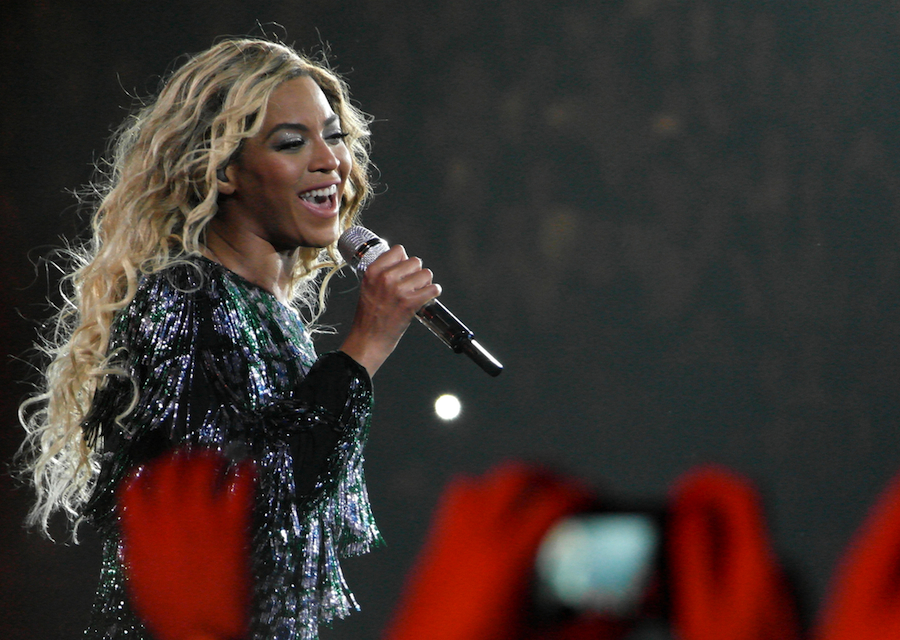 Have you ever wondered who in Hollywood today will be revered as icons and legends 25+ years from now? Not just your average superstars or legends, but those elevated to such iconic status that their names become synonymous with greatness, their very images representative of their entire era and/or medium as a whole -- the next Elvis, Marilyn, Hepburn, or Dean. Here are 5 incredible talents that we believe have the goods to stand the test of time:

Beyoncé could retire right now and would still be recognized as one of the greatest entertainers of all time. From Destiny’s Child to launching a successful solo career and production company, she’s already had a spectacular run. However, what sets Beyonce apart from her contemporaries is her desire for perfection and eagerness to grow. Beyoncé is in control of every aspect of her career and brand. Nothing is produced without her input, released without her approval, or performed without intense rehearsal. She also pushes herself to be greater by experimenting with different vocal styles and performance techniques. Did I also mention she already has 20 Grammy awards and 53 nominations?

While contemplating candidates for this list, I wanted a “Leonardo Dicaprio type.” It seems only fitting, then, that I ultimately decided to choose Leo himself. Leonardo began taking his acting career seriously at the age of 14, earning his first Oscar nomination when he was just 19 years old. He has since become one of the most respected actors currently working in Hollywood. It’s evident he is committed to his craft. He portrays each of his characters with honesty, passion, and conviction. This is one of the reasons why many were shocked he hadn’t received an Oscar until his 2016 win. With presumably decades left in his career, I have no doubt that Leo will be revered just as actors from the Second Golden Age of Hollywood.

11 nominations and five wins at the 2016 Grammy Awards is just the beginning for this rapper. Although Kendrick Lamar has been in the business for more than a decade, it was his album Good Kid, M.A.A.D City (2012) and the follow-up To Pimp a Butterfly (2015) that garnered critical acclaim and mainstream attention. Kendrick’s lyrical content about his childhood struggles, gun violence, police brutality, racism, inequality, and depression strikes a powerful chord with any listener. He also incorporates such styles as jazz, soul, and spoken-word in his music. Continuing to produce powerful music with a message will help Kendrick become not only a great influence in hip-hop but a great influence in the music industry in general.

Make no mistake, Hollywood’s “It” girl is here to stay. She is the youngest person to receive four Academy Award nominations; however, Oscar noms alone are not what put her into Hollywood Legend contention. Jennifer has been able to carry independent, critically-acclaimed, and blockbuster films. Her versatility also allows her to tackle comedic and dramatic roles. At just 25, Jennifer will only grow as an actor and will certainly become one of Hollywood’s greats. She may even surpass Meryl Streep’s record 19 Oscar nominations… but don’t tell Meryl.

There is no way that Taylor Swift can be left off this list. Whether you’re a “Swifty” or Kanye West, it’s hard to deny Taylor’s power and influence. The country darling-turned-pop diva currently dominates the music industry. She has sold over 40 million albums and 130 million digital downloads worldwide and has won every award imaginable, including being the only woman to win the Album of the Year Grammy twice. Though she has a great relationship with her fans and is enjoying mainstream success, I don’t believe this will be her legacy. Taylor shines most as a songwriter. Her songs are relatable, meaningful, and catchy. Thanks to her songwriting abilities, she will be strumming her guitar well into the later part of her life; not many musicians are so lucky.

Who do YOU think will be the future icons of Hollywood?