What To Expect In Season 2 of The CW's "All American"! 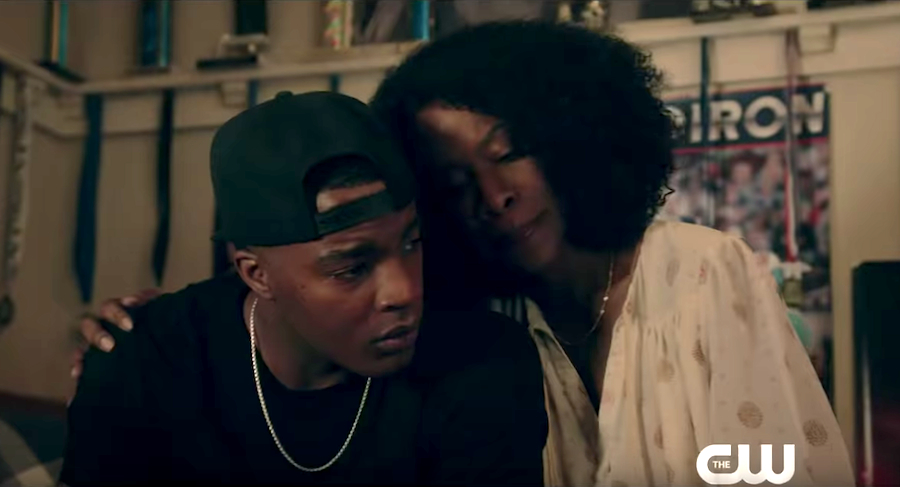 It’s officially football season! That means that, every Sunday and Monday night, fans are getting together to root for their favorite team. Soon, we will have another show to add to our Monday Night Football lineup! The CW’s series “All American” will be back for Season 2 starting on October 7 and episodes will premiere every Monday at 8pm. Ahhh, I cannot wait to see what’s next for Spencer James.

The biggest and baddest season?! Okay, Daniel Ezra, I’m going to hold you to that! And don’t worry, we’re all in our feelings right now too.

The official trailer was just released and I think Daniel Ezra is keeping his word. This does indeed look like the baddest season of them all.

If you have not seen Season 1 of “All American”… you need to binge-watch it on Netflix right now. I promise, you’ll love it. Plus, you’ll finish just in time for Season 2. The show is a drama based on the true story of NFL player Spencer Paysinger. The show follows the journey of an African-American high school football player, Spencer James, and the obstacles he has to overcome in order to pursue his dream of making it to the NFL. Spencer is from Los Angeles and plays football at South Crenshaw High when he suddenly receives an offer to play for Beverly Hills. Obviously, this is not allowed. So, in order for Spencer to play for Beverly Hills, where he may have more opportunities to get scouted by a D1 college, he is forced to move in with the Beverly Hills head football coach, which stirs up even more issues. Check out the Season 1 trailer below!

Again, if you haven’t seen it yet, go to Netflix now and just watch. It’s amazing and it’ll get you hooked from the beginning.

Now, if you have watched the show, I know you’re excited for Season 2. I definitely am. I miss all the characters and the show ended with a bang that I need to know more about. Spencer is left with a tough decision. It’s his last year playing high school football and he has 2 schools wanting him to play for them. Should he go back to L.A. and play for his father, the new head coach, or play for Coach Baker at Beverly High where he just bonded and won a ring with his new family? I honestly don’t know which one he is going to choose but the suspense has been killing me.

Biggest question of them all, though: Who from the Season 1 cast is returning?! Most of, if not all, your favorites are back, so don’t worry! Daniel Ezra (Spencer James), Taye Diggs (Coach Baker), Michael Evans Behling(Jordan), and Bre-Z (Coop) are all back for the next season. Some of them are even giving us a little behind-the-scenes sneak peeks on social media!

A post shared by Michael Evans Behling (@michaelb05) on

Your other favorites are back too. Don’t worry! Take a look at the cast picture for Season 2 below!

Oh, I almost forgot! We even got a spoiler alert. According to Ezra’s Instagram post, we will meet Asher’s mom this season! Can it just be October 7 already?!

Well, my Monday Night Football just got even better. I can’t wait to watch the NFL games, and turn the channel to watch Crenshaw and Beverly Hills play on The CW!