What To Expect From The One-Night-Only Nationwide Theatrical Release of 'The Room'! 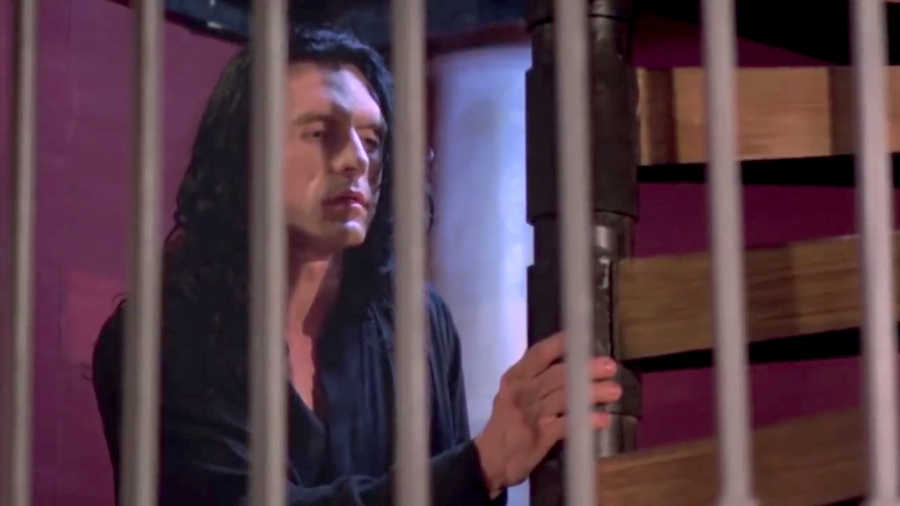 It’s a new year! And you know what means, right? Yup, time for the timeless cult classic The Room from the mysterious fringe Hollywood figure Tommy Wiseau to make its big screen debut!

Okay, so maybe that has little to nothing to do with Christmas, but it is a surprise for many people… even after the success of The Disaster Artist, starring and directed by James Franco. Now Fathom Events has decided to put The Room on display for a January 10 nationwide in 500 different theaters. This is a much bigger release than when The Room premiered near a college campus in Los Angeles at one theater, causing students to fall in love with the classics, then celebrities caught on and then the rest was history.

Being a Fathom Event, they will offer a bit more than just the movie. The screening will also include things like commercials featuring Wiseau, an inside look at the original premiere, and a trailer for the upcoming film starring Wiseau and best friend/The Room co-star Greg Sestero called Best F(r)iends, which Sestero wrote based on a road trip experience with Wiseau; however, unlike Wiseau with his own film, Sestero will not direct.

Now with all this newfound popularity for The Room, there are many of you who may not have seen it but are now interested because you really liked The Disaster Artist. Before diving into The Room and this Fathom Event, there are some rules/warnings to fill you in on while watching. I’m sure you’re thinking, “Rules? How can that make a movie fun?” Trust me, this is a movie that is way different with a crowd in a theater than with your friends at home. For generations, the movie Rocky Horror Picture Show has dominated midnight screenings with its interactive antics that have the audience shouting things at the screen, people acting out scenes along with the movie, and even has the audience throw toast at the screen or each other. The Room has adapted a very similar experience at its midnight showings.

For starters, you should watch The Room at least once before going to a live showing, preferably with friends. On top of that, it’d be helpful if at least one friend has seen it before so they can point out the easter eggs that fans love. After you’ve hopefully seen it in the confines of your own home, then get ready for the most notorious part of these screenings -- the spoons. It is imperative that, when you go to one of these showings, you stop somewhere that sells plastic spoons and you buy a pack… a big pack. It’s a beloved fact around this movie that Wiseau was so lazy when it came to a suggestion by his crew they have pictures in the apartment to make it look like people live there that, after he authorized the purchase of frames, he said they should keep the stock photos of spoons in the frames because “audiences will never notice”. This act of laziness has resulted in unintentional genius that gives The Room it’s charm… and, of course, the fact people shout “spoon!” whenever one of the infamous pictures are seen and then proceed to launch spoons at the screen.

Outside of that, be prepared for people shouting at the screens during different parts, including:

- Misogynistic retorts playing into the subconscious woman-hating themes of the movie that are almost always directed at the female lead’s comments (usually being “because you’re a woman!”)

- “Who the f#ck are you?!” is loudly questioned when a character we’ve never seen before enters as if we're supposed to know who he is

- The singing of songs like the Mission Impossible theme when Wiseau bugs a phone, and the impromptu singing of some R&B song of unknown origins to me called “You Are My Rose” during the first of the movie’s four sex scenes

While I may have left some stuff out, what I will say is that every screening is different. The spoon-throwing, the football-counting, the shouting of "scotchka"… most of what I covered are usually consistent, however some people add stuff, whether spur-of-the-moment or simply because they and their friends have different preferences. I’m not sure. I’ve been to one screening where, whenever the main female character of Lisa would complain about something, somebody would shout out a line by Anakin Skywalker from Revenge of the Sith like, “In my mind, the Jedi are evil!” It got a lot of the theater confused but I thought it played in perfectly. Whether this was that fan’s first time doing it, or he picked it up at another screening, I’ll never know, but it’s one I would like to keep going.

Finally, if you’re lucky enough, Wiseau himself will show up. Usually this means he will play an episode or three of his sitcom “The Neighbors”, which I have never seen but have heard it’s pretty unwatchable. The mystery of Wiseau is not just in his origins before The Room but also in him claiming he made the movie as a dark comedy and that he was never serious. The best thing to come from “The Neighbors” is that it proves he couldn’t replicate the humor of The Room because HE was serious when he made The Room and that is what has made it last this long. But just like the audience being a mixed bag of who-knows-what’ll happen, Wiseau himself is at these screenings. He’ll sometimes present it but he’ll also maybe not watch it. He’ll greet fans outside but he may or may not do a Q&A. While I’ve never had the pleasure of being to a screening with him, I have heard that on a good night he’ll throw a football around with fans and run drills. Talk about Christmas miracles! Walt Disney was right, your dreams really do come true! (I’m seriously not being sarcastic.)

Now that you’ve stuck it out and made it to the end, all I can say about this Fathom Event is that I don’t know what to expect. I’ve been to the midnight showings, but when I look up tickets in my zip code, I get various theaters at 8PM. Does that mean there won’t be spoons? No cancer jokes? No surprisingly, perfectly, paralleled Anakin Skywalker quotes? If I had to guess, I would expect all of that in areas common for showings, like Los Angeles and New York City, but other areas around the country that have never shown the film, it’s tough to say. Maybe you can bring the tradition to your theater and start it up in your own way? No matter what, just do what Tommy Wiseau did and follow your dreams. Make your own path. But most importantly, have $6 million in disposable income you can throw at those dreams… just like Tommy Wiseau.

If you want to hear what you’re in for, then check out this screening from Philadelphia filled with the traditions fans have made over the years. Warning: NSFW as there are boobs!