What's Next For "Bridgerton" Without The Duke of Hastings?! 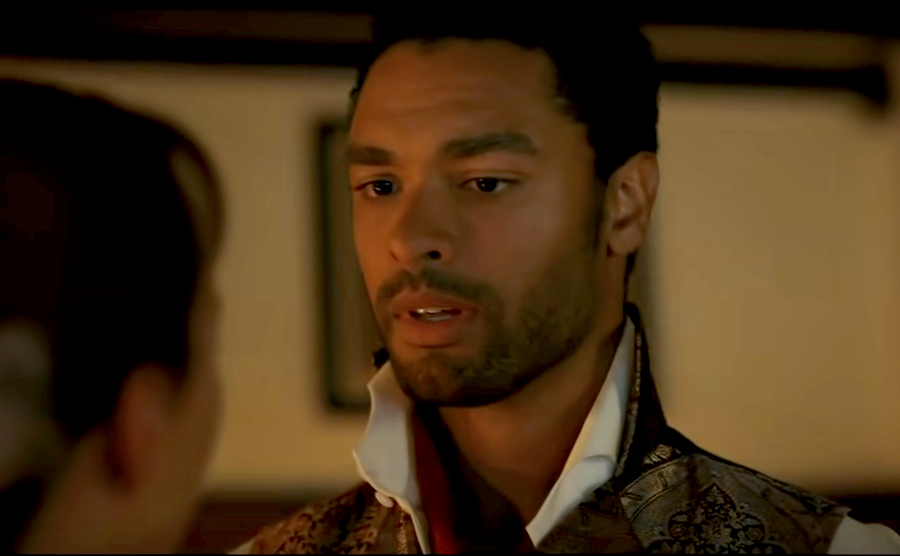 If you're a diehard "Bridgerton" fan, you've no doubt already heard the devastating news. In true Lady Whistledown fashion, the "Bridgerton" team recently dropped the bombshell that the beloved Duke of Hastings, Simon Basset -- played by Regé-Jean Page -- will not be returning to the show for the second season. Commence the weeping and swooning!

Celebrities like Kim Kardashian, Dionne Warwick, and Jana Kramer all took to social media to express our shared sadness and confusion about the Duke’s departure from the show. Kim wrote on Instagram “Wait!!! WHAT???? I'm NOT OK. How can this be?” Not just celebs, but all of Twitter went crazy over the news too. If you have some free time and you’re in need of a laugh, the #Bridgerton hashtag on Twitter is next level comedy with all the new memes.

As for ourselves, we too were absolutely heartbroken after hearing the news, and we expect you are too. However, this was not completely unforeseen. For those of you who didn’t know the show was originally a book series, the second book is written from the perspective of Daphne’s older brother, Anthony, and focuses onhis love life. In fact, the Duke was never meant to be in the second season, and he knew that before starting the show. The bad news is, the Duke was rumored to be offered a spot as a guest star in a couple episodes of the second season, but Page turned the opportunity down! The good news, though, is that Page hasn’t officially turned down an offer to return to the thirdseason yet. Plus, we’ll still have Daphne!

The subsequent seasons of the show are supposed to follow a different Bridgerton sibling and their journeys to find love — there’s 8 of them, so fingers crossed for 8 seasons! I don’t know about you, but I’m pretty confident that Shonda (that is, Hollywood legend and producer Shonda Rhimes) will be able to deliver a second season that is just as good, if not better, than the first — and just as steamy too. I mean, she’s done it with countless other shows, namely "Grey’s Anatomy", which we are all still watching after a whopping 17 seasons, so I think she’s got "Bridgerton" in the bag. I’m also confident that we’ll be seeing Regé-Jean Page in some other, bigger projects real soon. What do you think?

The second season has already begun production in London, so hopefully we get to see it real soon! Will you still be watching?