"Adventure Time" Resident Vamp Marceline Getting Her Own Spinoff! 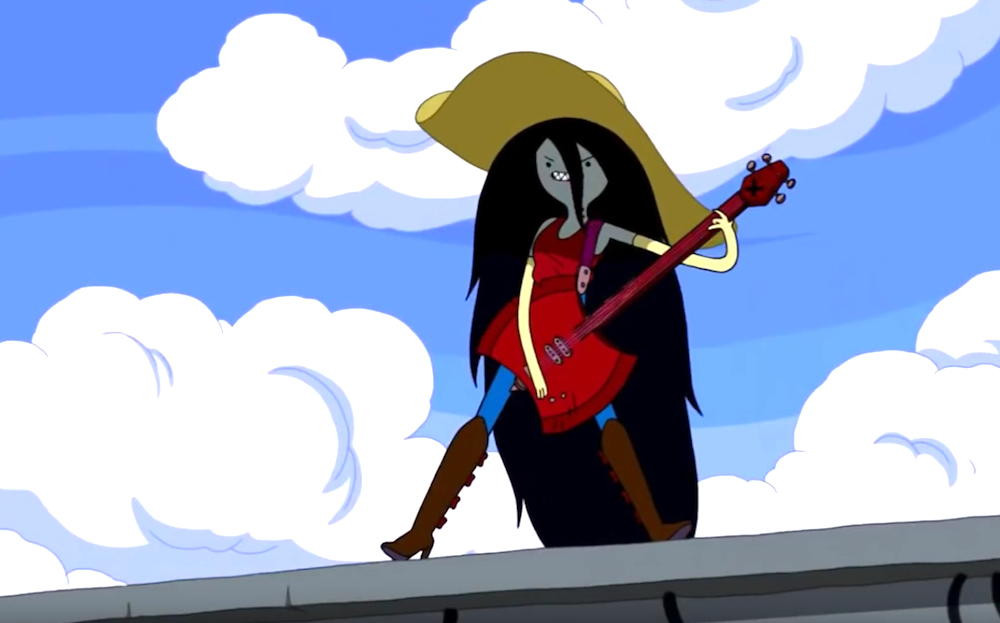 As a grown man in my 20s, one of my favorite shows on TV these days is actually on Cartoon Network, and I don’t even mean Adult Swim either. The show I’m talking about is, of course, “Adventure Time”! It may be a cartoon show intended for children on Cartoon Network, but it’s gathered quite a devoted adult following, due to its blending of fantasy elements, adult humor, complex storylines, and all around tripiness. Now the show is looking to expand its already pretty intricate story arcs even more by making a miniseries on the life of one of its most enigmatic characters, Marceline the Vampire Queen.

Marceline has long been a fan favorite and started out with a very mysterious past. Show creator Pendleton Ward had even said during the show’s sophomore season that Marceline is his favorite character because “she’s so mysterious.” Well, over the years, Marceline has become much less mysterious. So far: we’ve met her father and tackled her daddy issues; we’ve seen into his past as a child being saved numerous times by the Ice King before he loses his mind; we know she is some sort of a demon and wasn’t always a vampire; it’s been heavily hinted at that she had a romantic relationship with Princess Bubblegum at one point in time; we’ve seen into one of her most important heterosexual relationships; we’ve seen into her dreams; and we have observed that she doesn’t wash her hands after using the bathroom. Not only is that a lot of information on a character, it’s also all completely ridiculous that it’s been explored in a kid’s show.

What we don’t know about Marceline are things like: Who was her mother? How did she become a vampire and who sired her? When did she split away from Ice King? Was she really romantically involved with Princess Bubblegum? Why did she have a family photo with Abe Lincoln hanging at her dad’s place in the Nightosphere (the “Adventure Time” equivalent of Hell)? And a magical kingdom full of other numerous questions. So, while we have learned a lot about Marceline’s past -- debatably more than the show’s main characters Finn and Jake -- there is still plenty we don’t know and absolutely want to know!

The miniseries itself will be called “Stakes” and will begin airing on Cartoon Network on November 14, though it will not, surprisingly, serve as the 7th season premiere, which will air on November 2. What we do know right now about the miniseries without spoiling anything but the setup is that Marceline is ready to “grow up” and eventually die as a mortal. Princess Bubblegum creates an experimental cure that’s purpose is to reverse the vampiric virus. Without any other test subjects the experiment goes horribly wrong and ends up exposing all of Marceline’s dark secrets. It’ll then follow different stages of her life starting from childhood, presumable before the mushroom wars that sent Earth into an apocalypse, to her 1,000 year-plus age now. In the present day of “Adventure Time”, the Vampire King is looking to reek havoc on the Land of Ooo.

Unfortunately, we’ve got a solid month for until this comes out, but until then, we’ve got plenty of songs from Marceline to jam out to. Speaking of which, Marceline’s primary songwriter, Rebecca Sugar, has been rumored to be writing another song or two for Marceline! So check out one their old hits below: