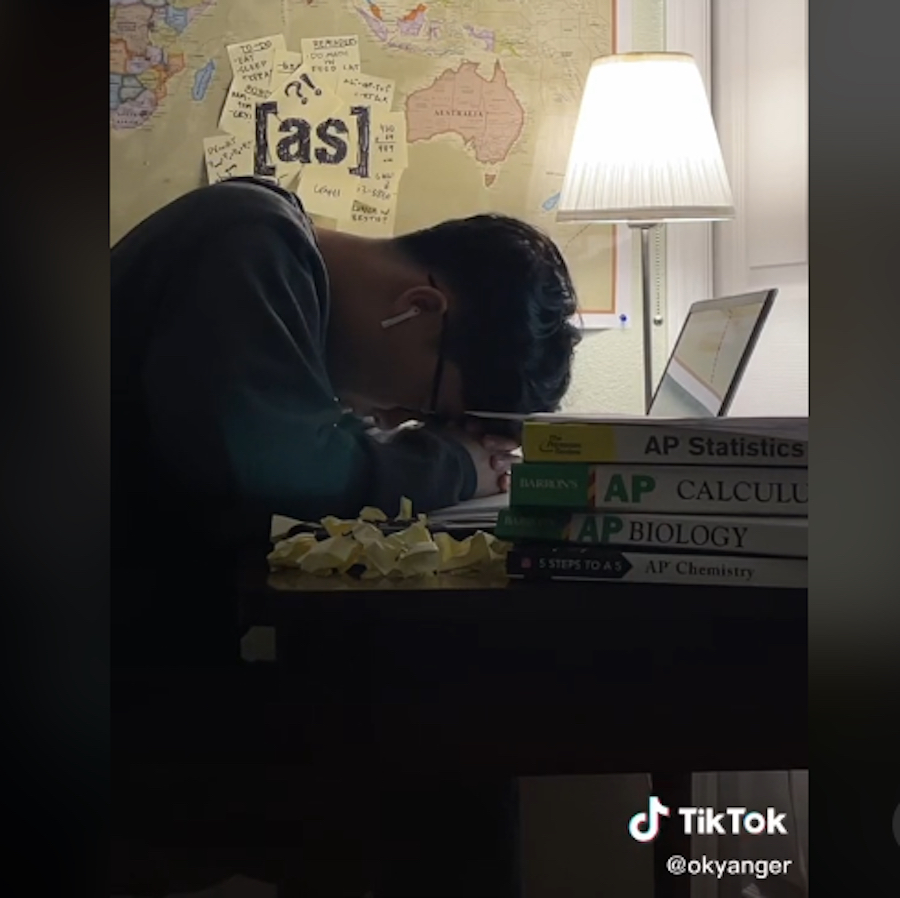 If you’ve been on TikTok recently, we bet you’ve noticed a creative new trend where seemingly arbitrary statements and images are shown to the beat of Vano 3000’s “Running Away”. At the end, there is always a clever reveal of the letters A and S in brackets. If you’re a frequent viewer of Cartoon Network, you’ll immediately recognize the origins of the trend -- it’s a play on the unique bumpers played during commercial breaks on Adult Swim, the late night programming on Cartoon Network that hosts shows such as "Rick and Morty".

The trend has blown up, pushing popular creators and average users alike to try their hand at out-of-the-box iterations. We love everything about this trend, from the music to the creative variants to the "I Spy" effect of trying to spot the [as] reveal wherever it’s hidden in the video.

Here are some of our favorite takes on the trend!

In this version, user @puffboypayne uses golf balls to make the logo, with the tagline “Just because you’re supposed to belong somewhere, doesn’t mean you won’t fit in somewhere else.” Wise words, and nice shot!

be patient, you’ll find your place [AS] ##as##adultswim##adultswimbump##vano3000##fyp##golftok

User @axelmilne takes the trend to science class, revealing the logo through a real-time chemical reaction. Much more exciting than doing your homework!

Reply to @sumisu.bh I don't like it quite as much, but still - not too shabby ##as##adultswim

In this video, user @jdkalantar searches for his phone, an activity we’re all familiar with. He ends the video with a lockscreen logo in the foreground as he continues to search in the background.

My attempt at this trend ❤️ ##adultswim##filmmaker

User @jons.edits takes the trend to cinematic heights, showing a moody train stop, a girl with headphones, and the reveal of the logo on the moving train.

thanks for the laughs and scares @adultswim shot and edited by me :) ##adultswim##adultswimbump##vano3000##PerfectAsWeAre

User @okyanger shows us an all too familiar scene - an AP test study session! As he lowers his head on his desk in frustration, the logo is revealed behind him, made out of Post-It notes.

I made this instead of actually studying ##adultswim##apexams

We’re obsessed with these videos, and if you are too, go out and have some fun by making your own! We’ll be scrolling through TikTok admiring the creativity and ingenuity of these creators.