We "Double Dare" You Not to Get Psyched for These Nickelodeon Throwbacks! 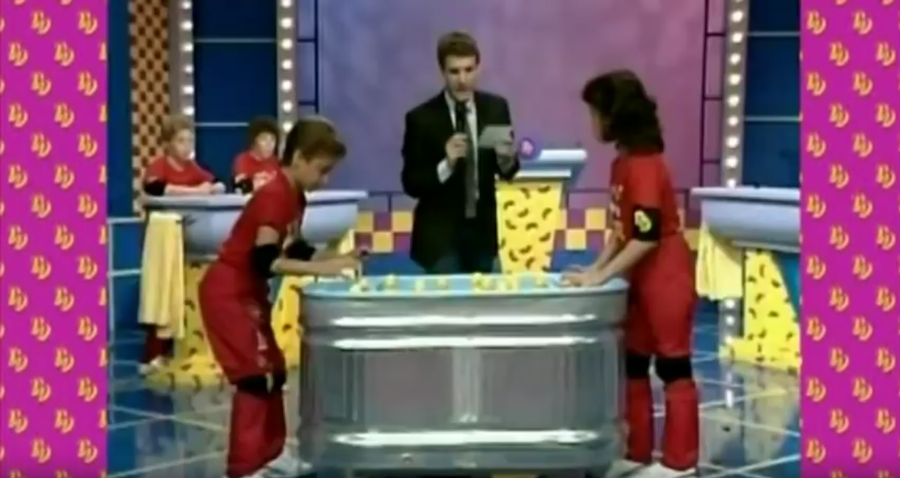 The time has come for '80s and '90s babies, and we accept the challenge!

We can all finally relive our childhood thanks to The Splat on Nickelodeon, because "Double Dare" is coming back!

As you saw, #MarcSummersIsBack for Double Dare Week starting July 25 on Nickelodeon to commemorate Double Dare’s 30th anniversary! Nickelodeon will be airing old episodes of the classic kids game show the whole week and you all know what that means -- The Big Nose is back! For those of you who may not have been graced with watching people dig into huge, slimey nostrils, check out Marc’s Obstacle Course walkthrough:

If you are not familiar with the show, two teams compete against each other for cash and prizes by answering trivia questions and doing crazy and physical challenges. The team with the higher score at the end of the rounds gets a chance to compete in the “Slopstacle Course”.

After 30 years since "Double Dare"’s premiere, Marc Summers will be attending San Diego Comic-Con on July 22nd. But why, you may ask? Comic-Con will be having a special one-night return of "Double Dare", that's why! Fans will be able to compete and try out the physical challenges from the show! But if you can’t make it to San Diego for Comic-Con, don’t worry because it will be on a live stream on The Splat’s Facebook page at 9:30pm PT.

For us older kids, the nostalgia train isn’t finished there. SDCC will also be hosting a panel with the cast from "All That", AKA the original SNL for kids.

I just had to throw it back.

The panel will include Josh Server, Danny Tamerelli, Kel Mitchell, Lori Beth Denberg, and possibly a few more. But it doesn’t end there...

Rumors are true about a TV movie based on "Legends of the Hidden Temple"! Oh, how I always wanted to be a Green Monkey...

Let’s be real, I could have totally gotten through Olmec’s Temple. Those temple guards ain’t got nothing on me.

We are all super excited about Nickelodeon’s #throwbacks to classics!

Don’t forget to catch the live stream of "Double Dare" at Comic-Con with Marc Summers on July 22nd!

What Nickelodeon throwback do you want to see next?