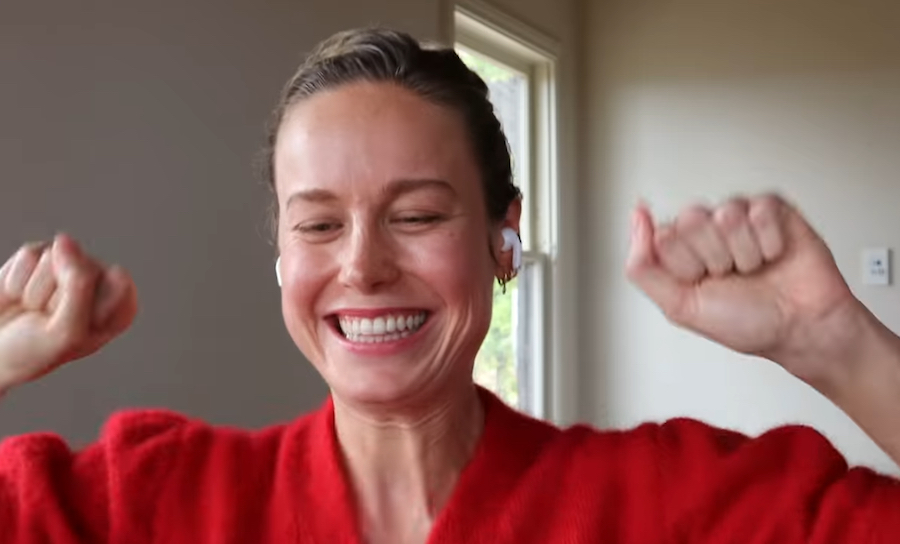 Brie Larson as a YouTuber was something we didn’t know we needed until we had it.

We are used to seeing the Captain Marvel star on the big screen, but now she is bringing her truest self to this wide digital platform. Back in July, Brie began to post teasers on her social media about a huge realization and news she had to break. Fans got very excited and began to take guesses on what the actress had in store. Now, here we are with a new channel to subscribe to!

Brie Larson had to undergo a creative process, like many YouTubers, to determine what kind of content she wanted to post. She went ahead and reached out to other creators for advice. Her first video was actually dedicated to this entire process! Brie met with creators like Lilly Singh, Connor Franta,Kelly Stamps, Sean Evans (host of “Hot Ones”), Juanpa Zurita, and more. The popular YouTubers gave the actress all kinds of advice, from video ideas to tech tips, and even décor.

In over a month, Brie gained over 300,000 subscribers. Our new favorite YouTube creator has maintained a posting schedule for releasing a video on a weekly basis. Since the launch of her channel, Brie mentioned that she would use her platform to hold important conversations and share all sorts of stories. She’s also motivated viewers to suggest what kind of content they would like to see (so go ahead and comment on her videos!).

So far, Brie has shared fun stories like her failed auditions and the time she climbed the Grand Teton (which is 13,775 feet high, IMAGINE DOING THAT). She also recorded her first ever workout since quarantine began (I’m sighing in relief knowing I’m not the only one who has delayed working out). Better yet, Brie, being the Nintendo fan she is, documented the process of building a new island on Animal Crossing. How cool would it be if she did a video visiting other islands?! And, of course, she kept her promise of sharing her platform with amazing activists likeJustina Omokhua.

So, as we wait to see Brie Larson in cinemas again, let this channel be your source of entertainment. Check out Brie’s latest video!